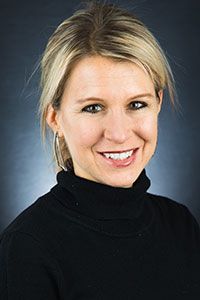 Dr. Kathryn Voelker has established herself as an accomplished music director, accompanist, and conductor on the east coast and abroad. She holds a B.M. in Piano Performance from Bethel University in Minnesota, an M.A in Music Education from the Eastman School of Music in New York, and a D.A in Wind Conducting from the University of Northern Colorado.

Prior to Dr. Voelker’s move to VA, she spent several years as music director at both the Candlelight Dinner Playhouse (CO) and Allenberry Resort Inn and Theater Company (PA). From 2011-2012, she was Music Director of the Amici Opera Company in Philadelphia under impresario Raffaele Tudisco, where she performed on piano 18 operas in a single season. Additionally, Dr. Voelker has performed as a flutist and conducted ensembles in Europe, China, and across the United States. She worked on staff and/or performed with the National Repertory Orchestra, the Spoleto Festival Orchestra, Music Academy of the West, and the Rochester Philharmonic. Dr. Voelker currently serves as music director of the Alluvion Stage Company in Lynchburg, VA, where she most recently conducted the highly acclaimed Virginia premiere of The Hunchback of Notre Dame.