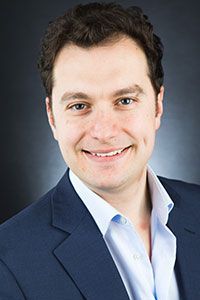 Dr. Luca Trombetta was born in Catania, Italy. He earned his undergraduate and graduate degrees from the Santa Cecilia Conservatory of Rome. As part of his Master’s program, he spent a year studying with Bruno Giuranna at the Lugano Conservatory in Switzerland. After moving to the United States in 2010, Dr. Trombetta received a D.M.A. from James Madison University. Additionally, he studied with Simonide Braconi at the Lorenzo Perosi Academy of Biella (Italy) and participated in masterclasses with Libor Novacek, Michael Kugel, and Yuri Bashmet.

Since a young age, Professor Trombetta has appeared as the featured soloist in concerts and recitals and has performed around the world with numerous chamber ensembles, orchestras and world-class conductors such as Riccardo Muti, Yuri Temirkanov, Marc Soustrot, Ennio Morricone, Nicola Piovani, and Steven White. In addition, he has appeared in concerts with renowned artists such as Uto Ughi, Boris Belkin, Robert Cohen, Luisa Castellani, Elizabeth Futral, Andrea Bocelli, and Yo-yo Ma. Dr. Trombetta maintains an active performing schedule, collaborating with several chamber groups and ensembles. He is the violist of The Liya String Quartet and serves as the principal viola of the Opera on the James orchestra.

Dr. Trombetta has also served on the faculty at Randolph College (VA) and, since 2014, has been invited to take part as a guest teacher in viola events organized by the Virginia chapter of the American Viola Society.

Professor Trombetta has won national and international string competitions and was the recipient of the 2011 Corrochano Scholarship for String Quartet through the Virginia String Teachers Association.

Dr. Trombetta serves as the Coordinator of String Studies and Assistant Professor of Music.