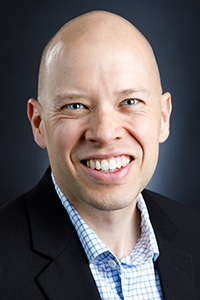 Dr. Sean Beavers is active as a guitar soloist, chamber musician, leader, and teacher. He has performed in Europe as well as in North and South America, including performances on West Virginia Public Radio, Classics Radio in Virginia, and Bolivian television. He has appeared as a guest artist at the Alexandria Guitar Festival, the National Flute Association Convention, and the Asolo Song Festival in Italy. He has collaborated with artists such as Jami Tyzik, Stephen Miahky, Alycia Hugo, Wendell Dobbs, Megan Roth, Kristian Anderson, and Matthew Cochran.

Before coming to Liberty University, Dr. Beavers previously served on the faculties of Marshall University, Thomas University, and the Baptist College of Florida.

Dr. Beavers currently serves on the Board of Trustees for the Guitar Foundation of America and as Guitar Forum editor for Fingerboard, the journal of the Virginia chapter of the American String Teachers Association. He has presented lectures at the International Experiencing Villa-Lobos Conference, the American String Teachers Association National Convention, and the Guitar Foundation of America International Convention.