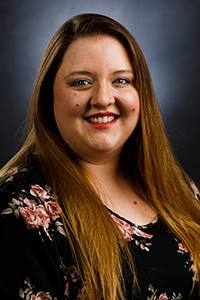 In one of her most recent performances, Ms. Warren debuted the role of Königin die nacht with El Paso Opera. Ms. Warren also had the honor of performing at the Fairbanks Summer Arts Festival as a soloist with Orchestra where she performed Glitter and Be Gay from Bernstein’s Candide. She was also featured in the Opera Intensive Scenes program in the roles of Cunegonde from Candide and Thérese from Les mamelles de Tirésia. During her time at the University of Michigan, Ms. Warren debuted her role as Paula Jordan with the University of Michigan Opera program in William Bolcom’s Dinner at Eight and was also featured as the Soprano soloist with Orpheus Singers in Bach’s St. John’s Passion.

In addition to her classical music endeavors, Ms. Warren has served on many worship teams and most recently was the worship leader for a church plant in Indiana, Real Life Ministries. She has also served as a volunteer vocal coach/teacher for the University of Alaska at Fairbanks and has taught many students in her private studio since 2017. Professor Warren strongly believes in stylistic diversity and encourages her students to learn multiple vocal genres during their vocal studies. Ms. Warren is an Adjunct Professor of Music in the Liberty University School of Music.