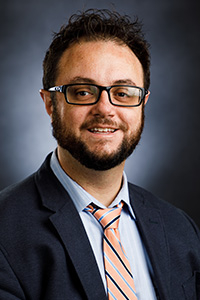 Professor Daniel Mixer holds a Bachelor of Business Administration degree from Belmont University, with an emphasis on audio production in the music business, and a Master of Music degree from the University of Valley Forge. He is currently an Associate Professor of Sound Engineering and Music in Liberty University’s Michael W. Smith Center for Commercial Music, and is a former Associate Professor in the Mike Curb College of Music, Entertainment, and Art at Daytona State College, where he designed and built the Live Event focus track of the Music Production Technology program. He also possesses over a decade of experience leading technical teams in houses of worship.

Professor Mixer is a versatile event designer, audio engineer, and technician with experience in many subsets of the audio industry. As co-founder of his Nashville-based production company, he tracked, mixed, and mastered countless custom records. He has specified, installed, operated, and trained students and volunteers on audio, video, and lighting (AVL) systems across the country in a wide variety of contexts, including professional recording studios large and small, portable AVL systems for live events, permanent AVL systems for performance venues and houses of worship, and commercial background music/paging systems. He has built and repaired audio amplifiers and designed portable power distribution systems, making him adept at both small-scale and mid-scale electrical applications.

When he’s not busy grading assignments, designing or staging productions, assembling preamplifiers, or mixing records, Professor Mixer enjoys spending time with his wife and three children, exploring the mountains of central Virginia, and tinkering with his remote control car.