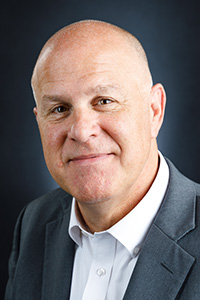 Professor Jon Werking is active as a performer, composer, arranger, producer, and educator. He received a Masters degree in Jazz and Contemporary Media from the Eastman School of Music and a Bachelor of Music from Ithaca College in piano performance and communications. In addition to his position at Liberty, Professor Werking is also currently the Director of Worship Arts at Redeemer Lincoln Square in New York City.

Professor Werking has performed and/or recorded with a virtual who’s who in contemporary music. Some artists include: Wynton Marsalis, Idina Menzel, Liza Minelli, Donna Summer, The Manhattan Transfer, New York Voices, Toni Braxton, Patti LaBelle, Deborah Cox, En Vogue, Linda Eder, Steven Curtis Chapman, Bruce Hornsby, Rueben Stoddard and Taylor Hicks (from American Idol), Roberta Flack, Michael and Randy Brecker, and saxophonists Grover Washington Jr. and Bill Evans. Professor Werking is the featured pianist with the Buddy Rich Big Band on the “Burning for Buddy” tribute album/DVD. He has also performed with the New York Pops, Boston Pops and Albany Symphony, respectively. He was the in-house accompanist for the “Regis and Kelly Show” from 2005-2007 and performed on the Tony awards and “The Voice” show. He also performed at two presidential inaugurations (Bill Clinton, 1996 and George W. Bush, 2004, respectively). He’s performed on dozens of movie soundtracks including Disney’s Beauty and the Beast, You’ve Got Mail, The Gangs of New York (Martin Scorsese), and many others.

Some of his credits as a songwriter include: “Love’s in Our Hearts On Christmas Day” (recorded by N’Sync on their multi-platinum “Home for Christmas” album), “In a Heartbeat” for Grammy award winning guitarist, Chuck Loeb and “Who Knows” for the vocal jazz ensemble, NY Voices.

His “life” verse comes from Psalm 16:8-11. His goal as a follower of Christ is to “keep his eyes always on the Lord” and radiate the love of God and Christ to his students and all people.

Professor Werking has five children and currently resides in both Lynchburg, Virginia and Hawthorne, New Jersey.