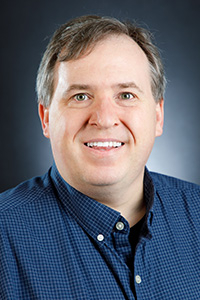 Professor of Worship and Piano

Dr. Paul Rumrill is a performer and pedagogue in both classical and contemporary styles. He studied with Neal Larrabee at the University of Connecticut, where he received his Bachelor of Arts in Music and his Master of Music in Performance degrees. He received his Doctorate in Musical Arts from the Eastman School of Music, where he studied with Rebecca Penneys and worked under Tony Caramia in a pedagogy fellowship. Dr. Rumrill continued his studies in gospel, Afro-Latin, and East Asian music at Bethel University, where he received his Master of Arts in Ethnomusicology. Prior to Liberty University, Dr. Rumrill served twelve years as the Worship Pastor for Living Word Ministries, a multiracial non-denominational church in West Haven, CT. Simultaneously, he worked in K-8 urban music education for three of those years. After moving to Lynchburg, he continued his corporate worship service as the Creative Arts Pastor for Thomas Road Baptist Church’s first satellite congregation, Dan River Church. He served there three and a half years before being offered the chair position in the Liberty University School of Music. As a Liberty professor, Dr. Rumrill has presented lectures and lecture-recitals related to intercultural music-making, worship formation, and music education, including presentations at Yale University, The University of Notre Dame, the national Choral Festival (Spartanburg, SC), OMEA, and the NAfME National In-Service Conference in Nashville. In 2017 Professor Rumrill received the Certificate for World Music Pedagogy from Smithsonian Folkways for his pedagogic studies in Puerto Rican and Cuban music. He serves evangelical churches in worship and culture consulting contexts as time permits and is a member of MTNA, NAfME, SEM, and the International Council of Ethnodoxologists.