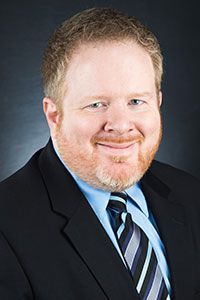 Dr. Hardin’s recital engagements and master-classes have taken him to venues throughout the U.S., Canada, South America, and Europe. His performances have included numerous guest artist series along with broadcasts on Florida Public Radio and Bolivian national television. Some of his influential teachers and coaches include David Allen Wehr, Carolyn Bridger, Martin Katz, and Graham Johnson. He enjoys periodic engagements as a pianist with the Lynchburg Symphony Orchestra, Opera on the James, and as a coach/accompanist for North Carolina Opera. He also performs in frequent chamber recitals with singers and instrumentalists, including his own piano-percussion ensemble, Duo Matre.

Prior to his appointment as Coordinator of Piano Studies in the Liberty University School of Music, he taught on the faculty at Lawrence University’s Conservatory of Music, Spring Arbor University, and several summer festivals, including the Songfest Young Artist Program, the Festival Internacional Bach in Perú, and the Asolo Song Festival in Italy. Dr. Hardin has also worked in the field of music technology as a Performance Analyst for Zenph Sound Innovations. He served as Production Manager for collaborations with Yamaha, Sony Japan, the Dallas Wind Symphony, and the critically acclaimed album, The Spanish Masters, featuring soprano Isabel Bayrakdarian and cellist Zuill Bailey. He has also maintained a bi-vocational church music career for over a decade in several church music positions as a worship leader, choir director, and orchestra conductor.

Dr. Hardin’s awards and recognitions include being a finalist in the Ellis Duo Piano Competition and being selected as one of Lynchburg Living’s Top Teachers of 2016. He has served as a Senior Fellow at Liberty University’s Center for Apologetics and Cultural Engagement and is a member of the Advisory Board for the Center for Research and Scholarship. He is active as a local public school volunteer and currently sits on the Board of Directors for the Lynchburg Symphony Orchestra.

Dr. Hardin and his family reside in Lynchburg, where he serves as the Associate Pastor of Worship at West Lynchburg Baptist Church.