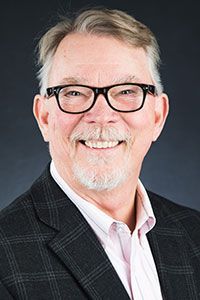 Professor Dwight Spencer is a performing artist and educator who has received recognition for his work on educational programs in magnate schools and art programs. He completed his undergraduate studies and graduate degree while performing alongside many of the jazz industry’s biggest artists such as Marian McPartland, Marvin Stamm, Bill Watrous, Russell Malone and John (Bucky) Pizzirelli.

Professor Spencer has performed at the world-renowned Piccolo Spoleto Festival, The Ringling Bros. and Barnum and Bailey Circus, as well as in many theatrical companies. He has recorded and played with numerous groups including Dennis Edwards and the Temptations, Maurice Williams and the Zodiacs, and The Platters. He has also played with Los Angeles recording and performing artist Bob McChesney. Professor Spencer is an endorsing artist for Heritage Guitars, Yamaha Acoustic Guitars, and Stephen Holst Custom Instruments.

Professor Spencer authored a methods book, Essential Skills for the Worship Leader/Guitarist, No Capos Needed, for use in group guitar courses.