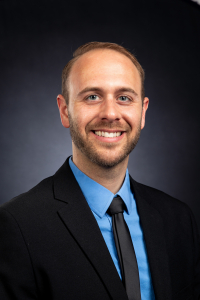 Nationally known performer, composer, and educator, Tommy Goddard has been working in the music industry since 2002. As the winner of many drum set, marimba, and marching percussion awards, Goddard has worked in schools, football stadiums, and music venues all across North America. He made his Kennedy Center debut as a snare drummer in the Crossmen Drum Corps in Washington, D.C. in 2008. In 2011, he performed at the Murat Theatre in Indianapolis, IN as champion of the Drumline Live! national solo competition. Goddard has worked with recording artists Neil Patrick Harris, Shania Twain, Lincoln Brewster, Arturo Sandoval, John Clayton, Steve Houghton, Rick Baptist, Sal Lozano, Jonelle Allen, Meloney Collins, Jay Leach, Jennifer Barnes, Robbie Seay, Evans Blue, Kutless, Air Force Band of the Golden West, and many others.

He is currently the Assistant Director of Athletic Bands and Drumline at Liberty University, freelance drummer/percussionist in Virginia, and judges marching percussion competitions in Virginia and North Carolina.  He is the owner of Goddard Music Studios, offering private lessons in percussion, piano, composition/arranging, music business/commercial music, and general music.

Tommy loves making music for audiences of all ages, which was evident in his former position as a full-time percussionist for The Walt Disney Company for eight years. As a composer, Goddard co-wrote an atmosphere show for Shanghai Disney Resort, worked on many Disneyland Resort commissioned projects, has numerous marching and concert percussion compositions, and has released songs for films.

Tommy Goddard earned a BS double major in Music Business and Music Performance from Southern Nazarene University, 2010, and a MM in Music Performance from the University of Central Oklahoma, 2011. Because of his desire to gain more knowledge in the recording arts, Goddard received his Avid Pro Tools Certification from The Recording Arts Center at Studio West, 2015. Goddard is currently pursuing his Doctor of Music Education (D.M.E.) at Liberty University.