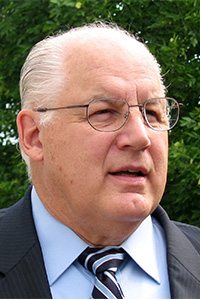 Adjunct Professor of Music and Ethnomusicology

Dr. John Benham first received the vision for merging music and missions when he was 10 years old. Childhood contacts with musicians from HCJB in Quito, Ecuador and members of his extended family who served in Africa became early influences in his life. Entering Northwestern College (Roseville, Minnesota) as a music major, he began his formal preparation for what was to lead the eventual fulfillment of his call to missions. Later he completed his M.A. and Ed.D in Music Education at the University of Northern Colorado.

With an extensive career as a music teacher in rural, urban, and inner-city public schools, Dr. Benham served a significant role in developing cross-cultural understanding and skills. Upon completion of his graduate studies, he served as a member of the music faculties of both secular and religious institutions of higher education. Now semi-retired, he continues to serve as an adjunct professor and consultant in ethnomusicology and worship studies.

Other major contributing areas of preparation included his experiences as a music instrument technician and many years of service as a minister of music and worship in the church. It was the development of his “Biblical Perspectives of Worship” curriculum that led to his initial invitation to work in Indonesia.