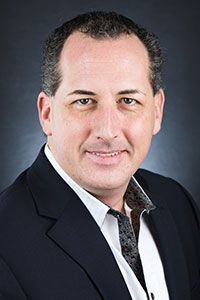 Professor Keith L. Cooper is a commercial-styles guitarist of rock, jazz, blues, percussive-acoustic music, composer, and author. In 2005 and 2006, he was the chief guitar clinician for the Gospel Music Association in Estes Park, Colorado. He was signed to Reel Loud Records, Appleton, Wisconsin, in 2005, where he produced four recognized and international recordings, namely the albums “Sacred Dance” and “The Hymns”.

Professor Cooper holds degrees from Belmont University in music theory and composition, with additional graduate studies in guitar and ensemble performance. Following his studies at Belmont, he toured with Denver and the Mile-high Orchestra, Selah, worked with Jars of Clay, and Grammy award-winning acts such as Sheila E, Country – titans, Collin Raye and Clint Black.

In 2004, Martin Guitar sponsored Professor Cooper on his international tours. He was then invited to Athens, Greece, to perform at the Summer Olympics. He became a top-10 artist on religious radio for the album “Sacred Dance” in 2006. From 2005-2012, Professor Cooper toured internationally in Greece, Russia, Israel, Finland, and South America.

In 2012, Professor Cooper completed a master’s degree in Christian Leadership from Criswell College in Dallas, Texas. In the Spring of 2017, he obtained a master’s degree in Music Education with a concentration in guitar. During the Fall of 2018, Guitar Center Corporation sponsored Professor Cooper for his contributions to higher education. In the Spring of 2021, he was certified by Berklee College of Music in Jazz Guitar Performance. He is currently finalizing a Doctor of Music Education (D.M.E.) with 39 graduate hours in guitar.

Professor Cooper has worked in various educational fields and ministerial positions, including Collier County Adult Education, Mt. Pleasant Middle School, and First Baptist Church of Fort Worth, Texas. Professor Cooper serves as an Assistant Professor of Guitar and Music in the Liberty University School of Music.