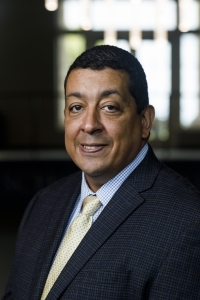 Dr. Allen Harper served in the IT and Cybersecurity industry for more than 30 years. He is a retired Marine Officer and his last tour was in Western Iraq, where he was the IT/Security Officer in 2007. He has experience performing hundreds of security assessments, in both the public and private sectors. He is an Entrepreneur and business executive, having started a Cybersecurity consulting business and successfully selling it after 6 years. His specialty is Ethical Hacking, Offensive Security, Penetration Testing and Reverse Engineering.

He is a published author of 5 best-selling security books. Most notably, he is the Lead author of the Gray Hat Hacking series of books, which is heading into 5th edition. He has been featured in a half-dozen prominent magazines, spoken and taught both nationally and internationally at security conferences, and spent an hour on Federal News Radio, a popular talk radio show in DC, focused on the Federal Government. He joined the Liberty team in 2017, first as an adjunct, then full- time as a Department Chair and Executive Director of the Center for Cyber Excellence.