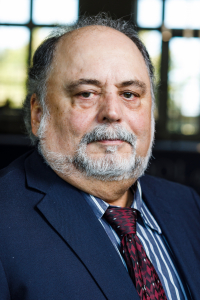 Mr. Bansley serves as the Executive Director of the Center for Cyber Excellence, the online Program Director for Cybersecurity, as well as a professor for the residential network architecture, computer security, and information assurance courses. He provides continued instructor support for the online undergraduate Information Security and Cybersecurity courses at Liberty University.

Upon retiring from the Navy, Mr. Bansley worked as a project manager and senior staff engineer for multiple space and defense and other federal government customers. He served at a community bank designing and implementing information security programs to support multiple federal, state, and industry regulatory compliance regimens as a security engineer, and then as the Vice President, IT Department Head.  He conducted industrial system security engineering, information security program management, and project management activities at an international paper manufacturing company prior to serving as a program manager within the Liberty University IT Department.

Mr. Bansley is married to Charla and together they have five sons and one grandchild. He is an active member of a local church and serves as a mentor for other men in the church and local community. He is a member of Upsilon Pi Epsilon computer science honor society, maintains membership in ISACA and SANS where he maintains the GCIH and GRID certifications.