Acting Uncut is a residential high school experience where you will spend 9 days with us here at Liberty. AU students will interact with Liberty Theatre faculty in small master classes, collaborate with current theatre majors, experience Liberty University up close and personal, and enjoy the freedom to integrate faith and art.

AU features two distinct experiences: AU: Onstage and AU: Backstage. Students enrolled in the Onstage track will focus on performance theory and perform a final performance cabaret. Students enrolled in the Backstage track will focus on design and production and help produce and manage the cabaret. At Acting Uncut you will collaborate with fellow artists from across the nation, develop long-lasting friendships and refine the skills and talents that God has given you.

Tickets are free. A catered dinner will be held before the production for all Acting Uncut students and their family members. The cost for family members is $25/guest.

The following items are available for an additional charge:

Scan and email forms to:

Auditions are not required to sign up for Acting Uncut. Students enrolled in AU: Onstage will audition on the second day of camp for roles in the performance cabaret. All AU: Onstage students will perform in the cabaret. Students enrolled in AU: Backstage will attend in-person interviews on the second day of camp for cabaret production assignments. All AU: Backstage students will help produce and manage the cabaret.

I’m enrolled! What do I do next?

On July 4, 2020, students should arrive and check in from 12-4:30 p.m. at the LaHaye Student Fitness Center, unless otherwise approved by the Summer Arts Coordinator. On July 12, students will be released after the morning worship service, which ends at 10:30 a.m. Please email Chris Nelson (cnelson@liberty.edu) with a travel itinerary no later than June 30. For those arriving and/or departing by plane, please choose flights that fit the check-in and check-out timeframes. If a flight is not available within the timeframes, please choose a flight closest to them and we will do our best to accommodate.

Final balance is due by June 19, 2020. In order to pay a balance, simply use our Register for Camp link and select the “Pay Balance” option.

Hear What Students Have to Say about Acting Uncut

“Acting Uncut was the best camp experience of my life! To be surrounded by lovers of Christ while mastering dance, song, and acting was truly life-changing. It gave me a deeper appreciation for theatre and gave me hands-on experience that I will carry with me the rest of my life.”

“Acting Uncut really pushed me past my limits of what I thought I could do as an actor, singer, and dancer. It completely changed my assumptions of what this art form is all about, and I came out a better artist from it.”

“Acting Uncut was definitely a ‘stepping-out-of-my-comfort-zone’ experience. It wasn’t easy – it was challenging and humbling; but, it was also one of the best weeks of my summer. Not only was I able to expand my knowledge, but I also got to know some of the professors and observe how they work and teach, making my transition into the theatre department as a college student so much smoother.”

“Acting Uncut was the highlight of my summer for the past two years. Not only did I grow as a performer and a person, attending this camp gave me the chance to experience Liberty University through a student’s eyes. Through Acting Uncut, I gained unforgettable experiences and had so much fun in the process. I am so grateful for the faculty and counselors for welcoming and challenging me, and in turn, equipping me for all kinds of future performing opportunities.”

Where Will I Stay?

Students will live in the Liberty University East Campus dorms. These apartment-style dorm units consist of 3 bedrooms, each with a private bathroom, a fully furnished family room, an eating area, a full kitchen, and a washer and dryer. Each room will house 2-3 students.

Students will never leave the Liberty University campus. All activities will be within walking distance of the dorms.

What Kind Of Supervision Will Be Present?

All students will be under 24-hour supervision. Camp counselors will reside in the East Campus dorms alongside campers for the duration of the camp.

What Should I Bring?

Each student will need to bring bed linens, a pillow, a towel, toiletries, camp clothes, dance shoes if possible, and a Bible. Students may also want to bring snack foods, water bottle, a bathing suit for the LaHaye indoor pool, recreational clothes, and laundry detergent.

How Can I Get There?

Where Can My Parents / Friends Stay?

The Fairfield Inn & Suites, The Kirkley Hotel, and The Extended Stay America are all within minutes of the University. A catered dinner will be held on the final Saturday of camp before the Acting Uncut performance cabaret. An example of a past catered dinner menu included roast beef, roasted pork loin, herb roasted red bliss potatoes, glazed apples, green beans almondine, and an assortment of desserts. The cost for the catered dinner is $25/guest.

I Am A First-Year College Student Considering Transferring To LU. May I Attend Acting Uncut?

Yes! Acting Uncut is a great opportunity for potential Liberty students to come, live in the dorms, eat in the dining hall, and meet Liberty Theatre students, faculty, and staff members. If you have already graduated from high school and are interested in attending Acting Uncut, contact Chris Nelson at cnelson@liberty.edu. 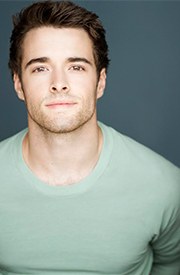 Since graduation from Carnegie Mellon School of Drama, Corey Cott has quickly established himself as a captivating young actor, equally at home on both stage and screen. He received critical acclaim for his performance in the Tony Award-winning musical Bandstand. Previous roles include two years as Jack Kelly in Disney’s Newsies, his Broadway debut, which was immediately followed by the Broadway revival of Gigi starring opposite Vanessa Hudgens.

On television, he portrays writer Townsend Martin opposite Christina Ricci in the Amazon series “Z: The Beginning of Everything”, about the life of Zelda Fitzgerald. He also has a recurring role on “The Good Fight” (CBS All Access). Across the Atlantic, Mr. Cott co-starred alongside Hattie Morahan in the BBC miniseries “My Mother and Other Strangers” which also aired on PBS. He was a series regular on the Amazon pilot “The Interestings”, and has guest starred on “Madam Secretary”, “Public Morals”, and “Law and Order: SVU”. A native of Chagrin Falls, Ohio, Mr. Cott made his solo concert debut at The Kennedy Center’s ASCAP Centennial Celebration, and recently starred in the National Symphony Orchestra’s West Side Story in Concert conducted by Steven Reineke. Twitter/Instagram: @NapOnACott 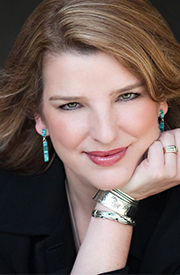 Perry Payne embarked upon a new adventure this year: she connects, presents and promotes the people and causes she loves the most, through her new venture Perry Payne LLC. She teaches, coaches, and guides young talent, and this spring presented concerts and master classes by Faith Prince and Billy Stritch. She helped Mike Faist (Connor in Broadway’s Dear Evan Hansen) create, underwrite and market his new Ohio Artists Gathering, scheduled for August of this year.

She served Virginia Theatre Association for four years as its Executive Director, connecting, creating, cultivating, and advocating for practitioners of theatre in Virginia, after a stint as Creative Director at the Paramount Theater in Charlottesville. She enjoyed a twenty-year run in Manhattan, where she worked as a performer, producer, creator, and businesswoman. She has worked in artist management, non- profit administration, and corporate and government sectors.

As an NYC singer, actress, and writer, she worked extensively in theatre, cabaret, comedy, industrials, and voiceovers. She performed in DC at the Kennedy Center, and in regional theatres around the country. She was an original investor in In The Heights on Broadway, Lin-Manuel Miranda’s Tony Award-winning musical which featured the Washington Heights neighborhood where she lived and worked for over a decade. Her performance in Keith Thompson’s Kooky Tunes led InTheatre Magazine and Show Business Weekly to name her one of the top ten funniest performers in New York cabaret. Her holiday novelty single, Santa Claus Won’t Get Lit Up (At the Trailer Park Gate This Year), was featured in Billboard Magazine as a Top Ten Holiday Song for nearly a decade.

A native of Lynchburg and graduate of E. C. Glass High School and Lynchburg College (and LC’s 2014 graduation speaker), she is an avid watercolor artist and “fairy stepmother” to Evan, Kate, and Maggie. She came home to Lynchburg in 2014 with her husband Victor Millner and an enormous springer spaniel named Arlo Guthrie. 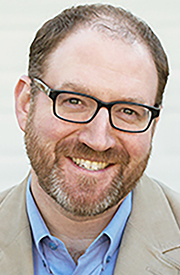 Derek Leonidoff is an alumnus of The Improv Olympic Training Center, The Groundlings Improv Comedy School, as well as the famed Second City Conservatory.  Derek has performed with over a dozen professional improvisational comedy ensembles including “Cup of Tea,” (Improv Olympic cage match-winner – 27 weeks running,) and “Cog” (featured troupe – L.A. Improv Festival).  Acting credits include the hit series Turn (AMC,) Homeland (Showtime), as well as the films I Am Number Four, Unstoppable, and Letters to God.  You also may have seen Derek in the Award-Winning 2012 Super Bowl Doritos commercial, “Man’s Best Friend.”  (Yes – that’s the one with Great Dane bribing his owner with a bag of Doritos.)  USA Today rated “Man’s Best Friend” the #1 Super Bowl commercial of 2012. 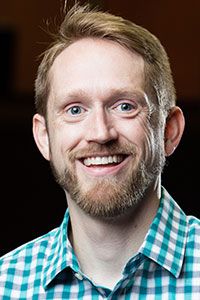 Chris Nelson’s professional credits include the role of Chris in Terrence Malick’s “The New World,” starring Colin Farrell. Most recently, he played David in the independent feature and New York Times Critics’ Pick “As It Is in Heaven,” where his performance garnered acclaim from top critics, including the Los Angeles Times. 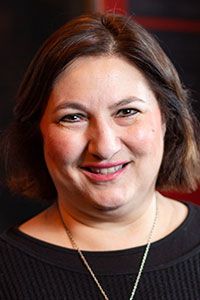 Linda Nell Cooper is a registered songwriter with BMI in New York City, and a member of both the Dramatists Guild of America and the Society of Stage Directors and Choreographers. As the artistic director of Alluvion Stage Company, she has brought premieres of Disney’s “Tarzan,” “Mary Poppins,” and “The Little Mermaid” to the Tower Theater. 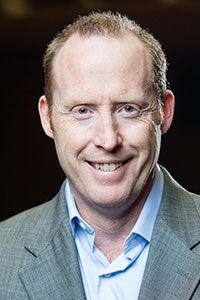 A member of the Screen Actors Guild, Scott Hayes’ credits include the feature film “The Pallbearer,” television shows “Central Park West” and “Law and Order,” as well as regional and local commercials. Since joining the Actors’ Equity Association (AEA), Hayes has worked at regional theaters around the country and for several universities as an AEA guest actor and director. 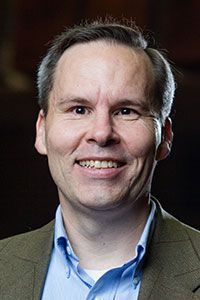 Neal Brasher’s professional credits include multiple roles with Shenandoah Shakespeare, Alabama Public Television, and Oklahoma Shakespeare Festival, where he played Macbeth. He was instrumental in reviving Summer Shakespeare at Liberty University with the production of “Hamlet” in 2013. 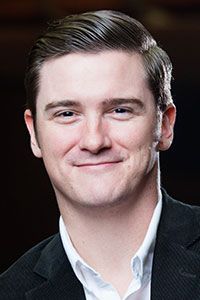 Andy Geffken has worked as an actor and fight choreographer for several years. He helped start the Americana Theatre Company in Plymouth, Mass., in 2011 and is a member of the Society of American Fight Directors. He continues to promote innovative methods of storytelling, including site-specific Shakespeare and promenade-style theatre.

David Hahn has sung in churches, live productions, and the recording studio. He has served as a musical director and vocal coach for over 30 years, and is a National Association of Schools of Theatre (NAST) certified voice instructor. His professional credits include the role of the bishop in Alluvion Stage Company’s production of “Les Misérables” and vocal director for “The Little Mermaid.”

Show Credits: Quilters, Love’s Labour’s Lost, Much Ado About Nothing, Joseph and the Amazing Technicolor Dreamcoat, The Will Rogers Follies, To Sail Away, Bedford Boys Writing Project