The Righteous Perish and No One Noticed 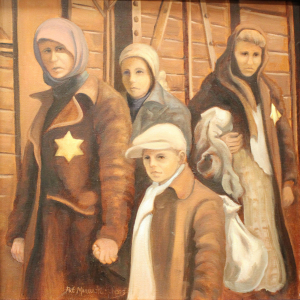 Auschwitz, The German name replacing the Polish town Oswiecim, was a network of concentration and extermination camps built and operated in occupied Poland, annexed by the Nazis during WWII. The largest camp consisted of Auschwitz I, Auschwitz II- Birkenau, and Auschwitz III, Monowitz. Birkenau is the German translation of Brzezinka, birch tree, name of a small Polish Village nearby. Heinrich Himmler made it the place of “the final solution of the Jewish question in Europe.” Besides these three killing factories, there were 45 sub-camps. Daily, prisoners from all over Berman occupied Europe were transported by cattle car. Three quarters were selected immediately for death, mostly women, children, and the elderly.