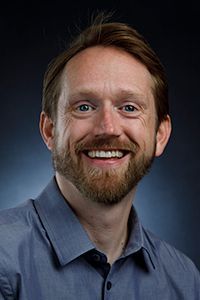 Chris Nelson serves as an Associate Professor of Theatre as well as serving as an Assistant Honors Director, Summer Arts Coordinator, and Assessment Coordinator.  He began his career in acting after graduating from college and has specialized in film acting. He has since worked with Terrence Malick and alongside Colin Farrell on The New World as well as appearing in independent feature films Judges and As It Is in Heaven.