Auditions for “The Drowsy Chaperone” and the Writing Project

Callbacks for “The Drowsy Chaperone”

All callbacks will begin at  3 p.m. on January 11 in the Rehearsal Rooms. Students that get called back to read will be assigned specific sides and roles. Click on the links below for scripts.

Man in Chair – middle-aged man that narrates the show. Has to have comedic timing and wit.

Janet van de Graff – star-power. Has to be a legit triple-threat with great comedic instincts.

George – the best man. Not a good best man. Has to be very serious about his job. Tapper.

Feldzieg – producer who tries to stop the wedding. Needs authority and stage presence.

Kitty – show girl that is impossibly ditzy and wants to be a star. Bold comedian.

Aldolpho – the “King of Romance”… a buffoon, but needs to be a bold comedian with great presence.

Trix – an aviatrix that sings a few upbeat numbers. Positive and confident.

The Theatre Department has three radio drama productions in the spring:

Sonic-Con is a new, national audio theatre convention, hosted by the Theatre Department, March 20-22. It does fall over Spring Break, so actors must be available March 19-22 of that week.

The Encounter recordings and table readings will take place in late March and April.

*Rehearsals for all radio drama productions will begin in February.

If you are interested in auditioning for the any of the radio dramas please prepare this Audition Side. Auditions will be conducted on a first-come, first-serve basis. 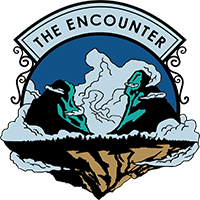