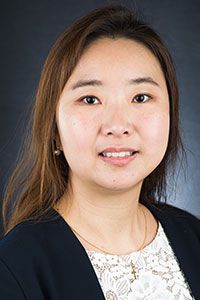 She has performed at numerous international festivals, including Barge music, Music and Now Series in Brooklyn, New York and the Great Lakes Chamber Music Festival in Bloomfield Hills, Michigan, and Kirishima International Music Festival in Kirishima, Japan. Additionally, she has participated in master classes in Prague, Scotland, and Salzburg. She has performed throughout Europe, Asia, and North America, including solo recitals at Steinway Hall in New York City, the University of Michigan, Ann Arbor, Indiana University-Purdue University Indianapolis (IUPUI), Western Kentucky University, and Dolby Hall in San Francisco. In 2018, Dr. Kim Smith honored the centennial of Claude Debussy by presenting the complete Preludes, Etudes, and Images in a series of recitals at Carnegie Hall in New York City. In addition, she premiered solo works from South Korean composer Yea-Kyung Chung and New York based composer and Cincinnati College-Conservatory of Music Professor Emeritus, Joel Hoffman. She is also an active chamber musician, and performs as part of the piano duo “Les Quatre Mains,” with her husband pianist Dr. Curtis Ryan Smith. Her most recent project includes a recording for Con Brio Recordings of the Complete Préludes of Claude Debussy for solo piano.

Dr. Kim Smith serves on the Piano Faculty at Liberty University’s School of Music as an Associate Professor of Piano, while continuing to appear in solo, chamber, and concerto performances. She has given masterclasses at numerous universities, including Western Kentucky University, Metropolitan State University in Denver, Colorado, and Indiana University-Purdue University Indianapolis (IUPUI). She is also a frequent adjudicator for both state and national competitions.