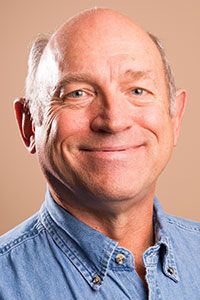 Professor James Long is an assistant professor in the School of Engineering at Liberty University.

Professor Long served for 23 years in the United States Navy as a submarine warfare officer. He served as the Chief Engineer Officer aboard a Trident Fleet Ballistic Missile submarine and as Executive Officer on a Fast Attack Submarine. Professor Long also qualified for Command at Sea and was awarded the Navy Commendation Medal on three occasions and the Navy Achievement Medal on two occasions. He served as the Fleet Protocol Officer on the staff of the United States Naval Central Command in the Persian Gulf during Operations Desert Storm / Desert Shield.

Upon his retirement from the Navy, Professor Long worked professionally in the commercial nuclear power industry as a project manager and as Engineering and Plant Performance Department Head at a nuclear power generation site. He also has experience in the Christian Broadcast Radio industry working in a variety of roles, including Station Manager, Network Operations Director, and Network General Manager. Immediately prior to his current appointment, Professor Long served as the IT Project Process Manager at Liberty. He currently holds a certification as a Project Management Professional (PMP).

Professor Long has been active in Rotary International and is a past president of the Johnson-Nemaha Habitat for Humanity chapter.