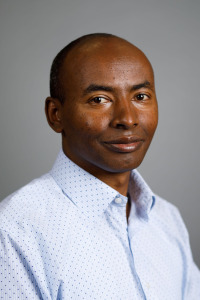 After graduate school, Dr. Zegeye joined the Jimma University of Ethiopia and handled a wide range of courses in his specialization. He has also taken several initiatives to develop the laboratories in the department and voluntarily has put in strenuous effort to bring in a simulative academic environment.

Dr. Zegeye moved to the U.S. and joined Louisiana State University for his Ph.D. His dissertation was focused on the development and characterization of multifunctional low-density nanocomposites. During his studies, Dr. Zegeye employed unique techniques to synthesize carbon nanostructures, fabricate novel free-standing carbon nanofiber papers, and multifunctional nanocomposites. After graduation, he joined the former Next Generation Composite Crest Center (NextGenC3) (of LSU and Southern University, Baton Rouge, LA) as a postdoctoral research associate to continue his study on the development, characterization, and application of nanocomposites. During his stay at NextGen3, Dr. Zegeye also took responsibility to teach undergrad students at Southern University. Dr. Zegeye was also a postdoctoral researcher at the University of Maryland, College Park, MD, and participated in developing a palpable system for detecting breast tissue abnormalities and acquired knowledge and experience in developing tactile sensors. Before he moved to Liberty University, he was an Adjunct Professor in the mechanical engineering department of the University of the District of Colombia, D.C.