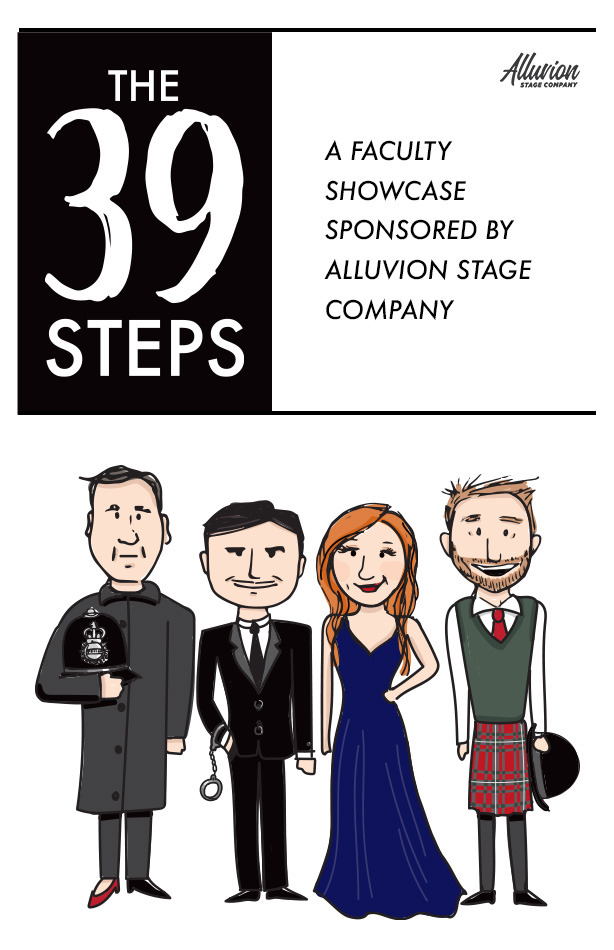 Mix a Hitchcock masterpiece with a juicy spy novel, add a dash of Monty Python and you have THE 39 STEPS, a fast-paced whodunit for anyone who loves the magic of theatre! This two-time Tony and Drama Desk Award-winning treat is packed with nonstop laughs, over 150 zany characters (played by a ridiculously talented cast of four), an onstage plane crash, handcuffs, missing fingers, and some good old-fashioned romance!

In THE 39 STEPS, a man with a boring life meets a woman with a thick accent who says she’s a spy. When he takes her home, she is murdered. Soon, a mysterious organization called “The 39 Steps” is hot on the man’s trail in a nationwide manhunt that climaxes in a death-defying finale! 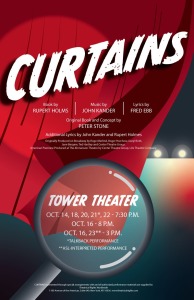 It’s the brassy, bright, and promising year of 1959. Boston’s Colonial Theatre is host to the opening night performance of a new musical. When the leading lady mysteriously dies on stage the entire cast and crew are suspects. Enter a local detective, who just happens to be a musical theatre fan! Packed with glorious tunes and a witty, charming script filled with delightful characters, CURTAINS is a hilarious journey for both performers and the audience. The Broadway production garnered 8 nominations at the 2007 Tony Awards® including Best Musical.

This production is rated PG-13. 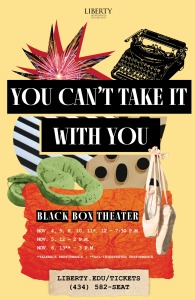 You Can’t Take it With You

Sweet-natured Alice Sycamore falls for the banker’s son, Tony Kirby. But when she invites her snooty prospective in-laws to dinner to give their blessing to the marriage, Alice’s peculiar extended family — including philosophical grandfather Martin Vanderhof, hapless fledgling ballerina sister Essie, and fireworks enthusiast father, Paul — might be too eccentric for the staid Kirbys. 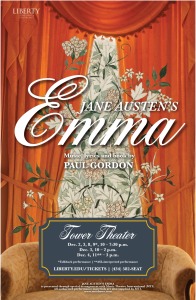 A carefree woman, Emma Woodhouse has “the very best blessings of existence” with “very little to vex or distress me.” She is also a self-proclaimed matchmaker who thinks too highly of her abilities. When her attempts at matchmaking and romance go awry, Emma has to face herself and the people she has hurt. Jane Austen’s adored heroine gets the musical treatment in EMMA from acclaimed composer and lyricist Paul Gordon (Daddy Long Legs, Jane Eyre).

Emma is truly a timeless tale of love, making mistakes, and holding yourself accountable.

This production is rated G. 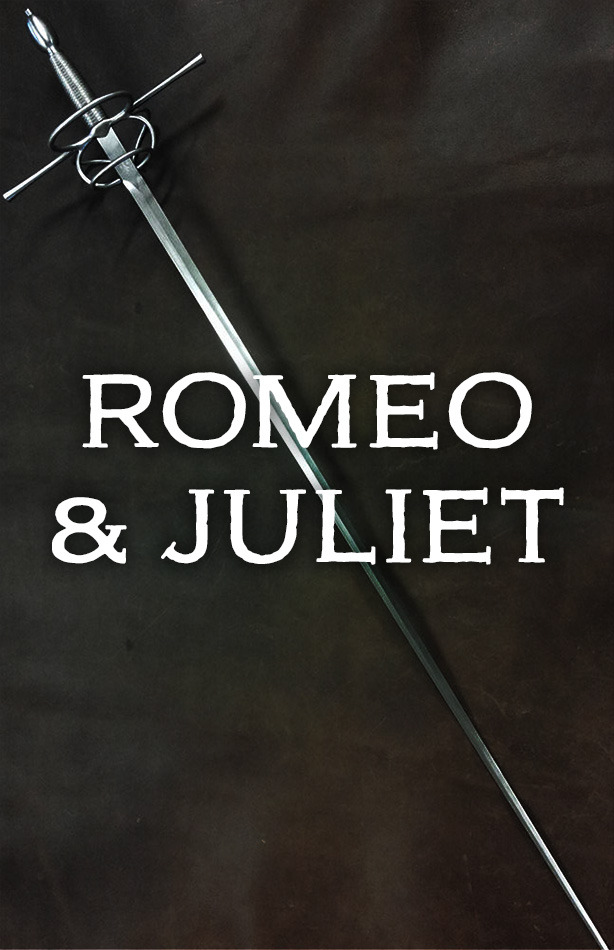 In William Shakespeare’s ROMEO AND JULIET, a long feud between the Montague and Capulet families disrupts the city of Verona and causes tragic results for Romeo and Juliet. Hear the beauty of Shakespeare’s language, enjoy action-packed stage combat, and experience the thrill of this most excellent and lamentable tragedy.

This production is rated PG-13. 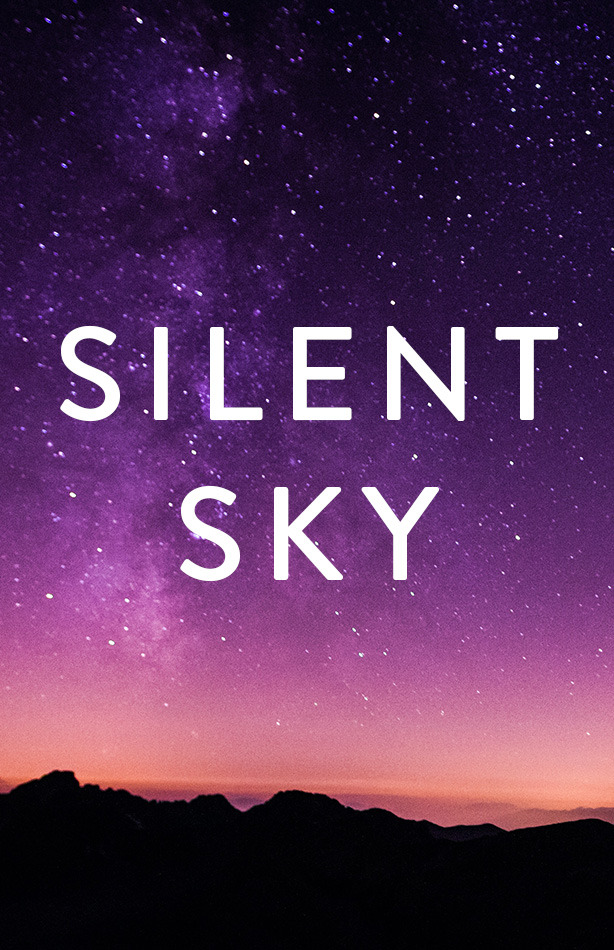 The true story of 19th-century astronomer Henrietta Leavitt explores a woman’s place in society during a time of immense scientific discoveries, when women’s ideas were dismissed until men claimed credit for them. Social progress, like scientific progress, can be hard to see when one is trapped among earthly complications; Henrietta Leavitt and her female peers believe in both, and their dedication changed the way we understand both the heavens and Earth. 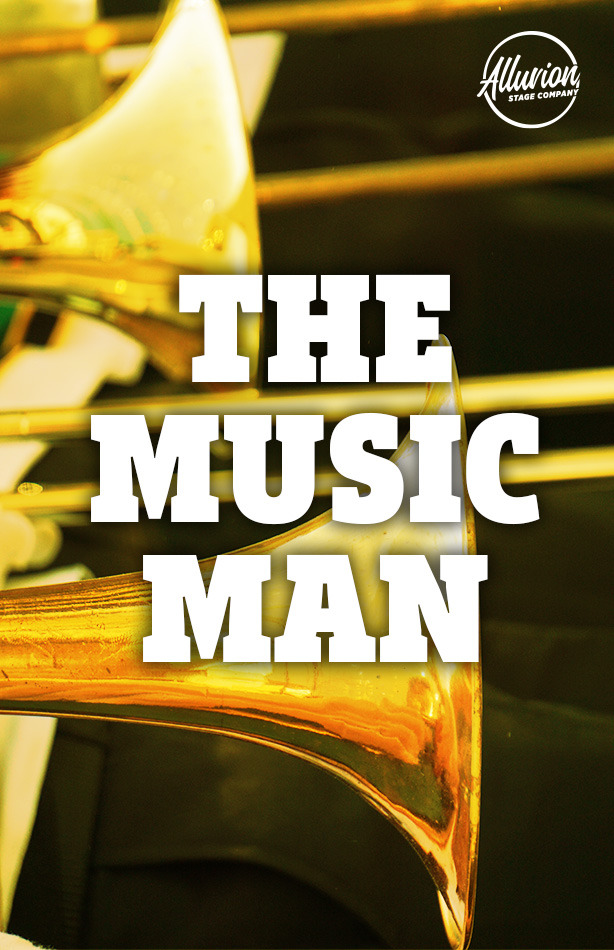 This production is rated G.

A * indicates a Talkback performance. At the conclusion of these performances, there will be an open Q&A with the director, designers, and selected actors. Talkbacks are free and open to the public. You are not required to attend the production to attend Talkback. A ** indicates an ASL interpreted performance.

How we rate our productions: