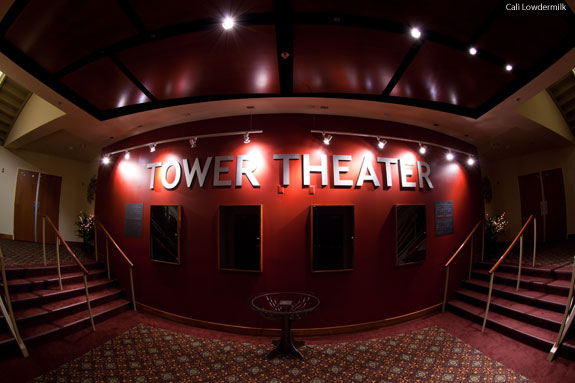 The Liberty University Department of Theatre Arts has released its 2012-13 mainstage season that will feature a delightful blend of fairy tale magic, drama, jaw-dropping adventure, laughs, and sensational music.

“Audiences should expect a return to the old classics — especially with the four shows in the middle,” said Linda Nell Cooper, theatre department chair. “They should also expect a lot more humor and more focus on character development. All the shows center on the importance of family and remaining loyal to those you love.”

The season will open Sept. 21 in Tower Theater with the critically acclaimed musical/bedtime story reboot “Into the Woods,” a popular choice among students for its complicated musical lines and complex characters. With music and lyrics by the legendary Stephen Sondheim, the play is based on the book by James Lapine, which grimly investigates the lives and decisions of some of the most beloved fairy tale characters — like Red Riding Hood, Jack, Rapunzel, and Cinderella.

Tennessee Williams’ acclaimed work “The Glass Menagerie” will follow, beginning Oct. 26, bringing the bleak tale of a man and his slightly crippled, social recluse sister and their overbearing mother to Liberty’s stage. The show was chosen specifically for Liberty’s non-musical thespians because “it offers four extremely strong roles,” according to Cooper.

The fall semester will close out with a good old-fashioned love story set around Christmastime. “She Loves Me” hits the stage Nov. 30. The quirky romantic musical, by Sheldon Harnick and Jerry Bock, tells the heartwarming tale of two feuding shop workers who unknowingly become secret lovers.

The curtain rises next on Feb. 15, for 2013’s debut show, “The Man Who Came to Dinner,” by George S. Kaufman and Moss Hart. The side-splitting comedy requires a large cast and mocks the obnoxious characteristics of legendary New Yorker critic Alexander Woollcott. With its catty bickering, meddling, and absent-minded doctor, the show is sure to field plenty of laughs. 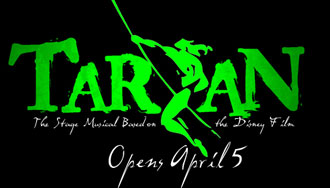 Next up will be Arthur Miller’s “All My Sons,” beginning March 1. The play was chosen for its theme, which is a criticism of the American dream told through the story of a post World War II suburban family. The family grows increasingly dysfunctional as they deal with past sins, lies, and acceptance of reality.

“Tarzan has never been performed in the Central Virginia area,” Cooper said.

The show will require a different style of flying than was seen in “Peter Pan,” and features music by Phil Collins.

Liberty will have a new set designer and a new lighting designer for the new season, which will bring a fresh new look to the shows.

There will be a freshman show for the first time (running Nov. 8-11) this year, the title of which will be announced at a later date.

“The lineup will provide students with an opportunity to perform the works of some of the greatest writers in theater history,” she said. “Usually, a student may have the chance to perform one of these masterworks a year, but we are offering several of them.”