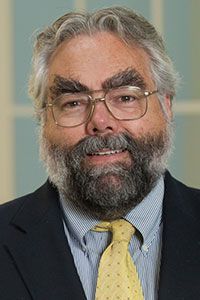 Before coming to Liberty University in 2002, Dr. Schultz taught at Virginia Intermont College, the University of Arkansas, and Oak Hills Christian College. He is a member of the Phi Beta Kappa Society.

He is particularly interested in world-view education and how Christian commitments and Biblical presuppositions influence approaches to academic disciplines.

His specialty is American religious history, and he is interested in the interaction of religion and culture. His recent work deals with Christians in the American Revolution, Biblical principles of government, and American Fundamentalism. His essays and reviews have appeared in numerous publications and have been translated into Hungarian and Spanish. Dr. Schultz frequently preaches in local churches and speaks at academic and Christian conferences.

The Schultzes have nine children (seven are Liberty University alumni, and two are current Liberty students) and nine grandchildren. A native Minnesotan, Schultz enjoys hunting and fishing. Given the chance, he will spin bear and moose stories of the north woods and tell of his adventures as a canoe guide in the Boundary Waters Wilderness Area.