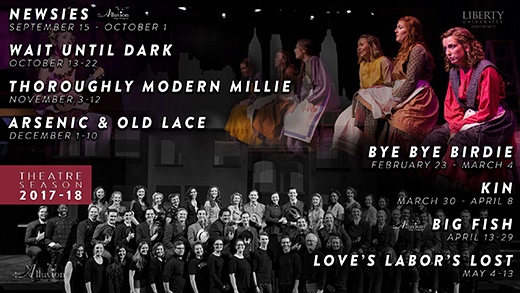 From raw, up-close and personal emotion to sensational musical numbers that infect the spirit, Liberty University’s upcoming theater season brings an eclectic showcase like never before. Thanks to the recent opening of Liberty’s Box Theater, there is also more pronounced diversity in the performance offerings this year, from Broadway-caliber productions to intimate, lesser-known works.

Season tickets are now on sale; visit the theater website for more information.

The 2017-18 season begins in the Tower Theater with a professional Alluvion Stage Company show, the Virginia premiere of “Newsies” (Sept. 15-Oct-1). “Thoroughly Modern Millie,” “Bye Bye Birdie,” and “Big Fish,” which is another Virginia premiere by Alluvion, round out the Tower slate. The four musicals are set to run over Liberty’s College For A Weekend events.

“Newsies,” a musical adapted from the Disney film about the real-life newsboy strike of 1899 in New York City, features a young cast and focuses on the themes of coming of age and finding purpose, appropriate for the start of a new academic year. 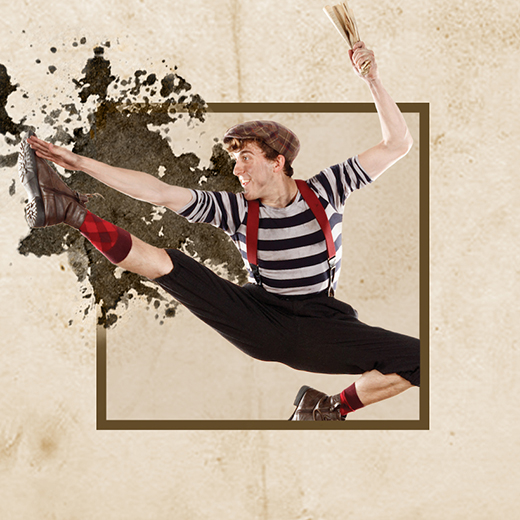 “‘Newsies’ is about a world where half the world sees the sun setting and the other half sees the sun rising, and they are both looking at the same horizon,” said Linda Nell Cooper, chair of Liberty’s Department of Theatre Arts and the creative director of Alluvion Stage Company. “No matter our age, our position, even our perspective, the voice of the youth is nothing to fear or despise. That voice can rejuvenate us, can remind us that our experience should be giving us wisdom instead of cynicism, and we have a responsibility to make sure that those coming behind us have success.”

As graduation nears, “Big Fish” will weave a folksy, mythical tale focused on family, love, and moving on.

“‘Big Fish’ is about passing on, from generation to generation, and going to the next step of the journey, which our graduates will be facing at that time,” Cooper said, adding that the show “is very much about family and love and what we do to sacrifice for one another. It is homespun, it has that folklore feel that I think works really well here in the Blue Ridge Mountains.” 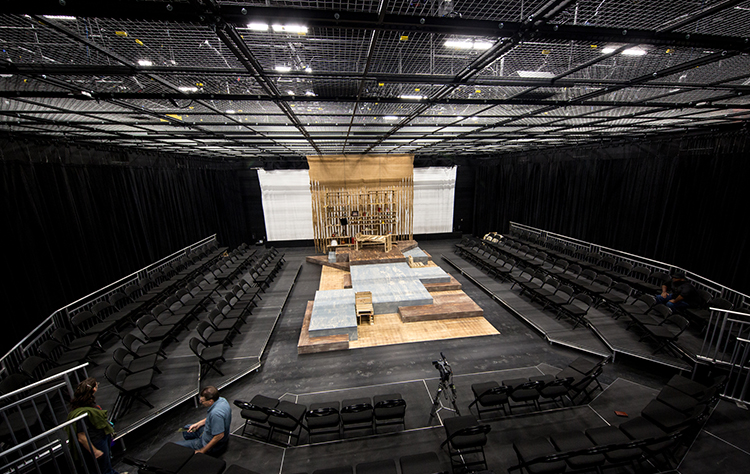 In the Box Theater, the fall semester kicks off with the claustrophobic thriller “Wait Until Dark,” a great way to showcase the strengths of the new space. When the blind protagonist Susy faces home invaders, the audience will feel her terror.

“The audience is basically right on top of the set, so they will feel like they are right in there with Susy,” Cooper said. “That just adds to the excitement.”

She said that though the show is set in the 1960s, ‘Wait Until Dark’ feels current in many ways, with the trends of virtual reality, escape rooms, and incorporating role-playing into the board game “Clue.”

“There is this need to have a complete sensory experience with thriller stories, and we get to do that with ‘Wait Until Dark,’” she said, noting some scenes will be performed with the theater in darkness.

Guests to the Box Theater will also get to explore other genres with the dark comedy/mystery “Arsenic and Old Lace” ending the fall slate, and Shakespeare’s early comedy “Love’s Labor Lost” closing out the academic year in May. In addition, Liberty will showcase a piece called “Kin” that has never before been shown in Virginia, despite it being set in Depression-era Lynchburg. The female-driven drama is based on a true story involving a women’s insane asylum.

“That is going to bring a challenge in itself to make sure that we are very accurate as actors and directors,” Cooper said. “There are family members here in Lynchburg who are connected to that story.”

Liberty’s Department of Theatre Arts is placing an increased emphasis on fresh voices in its performances this year. During the opening week of the Fall 2017 semester, the department will host auditions in the Montview Student Union to encourage more walk-on performers. To open the Spring 2018 semester, Liberty will host its first 10-minute play festival for students. Participants from the university will have 24 hours to write and rehearse original works, which will then be showcased in the Box Theater.

“We are wanting more of our student body to get involved in theater,” Cooper said. “We are at that crossroads where we are ready to grow some more and invigorate with new voices and new perspectives.”