With their participation funded by Liberty University’s Center for Research & Scholarship, 23 undergraduate students have been invited to present research projects at the National Collegiate Research Conference (NCRC), hosted by Harvard University on Jan. 21-23.

NCRC is the largest student-run research conference in America. The multidisciplinary forum is held annually at Harvard, where the most accomplished undergraduate students from across the United States and abroad convene to share their research in the humanities, social sciences, and natural sciences fields. Last year, over 300 participants from nearly 100 universities attended NCRC.

The conference will be virtual this year due to COVID-19.

“The Center for Research & Scholarship is extremely pleased to be able to support these undergraduate student researchers and their scholarly activity,” said Darren Wu, Associate Director for the Center for Research & Scholarship. “Their excellence in academics is evidenced by their acceptance to present research and scholarship at a very competitive national conference hosted by Harvard University. We congratulate them on their accomplishment.”

The core vision behind the conference is to provide student researchers with the opportunity to hear from the world’s leading authorities in academia, policy, and industry, as well as to foster important exchanges and dialogue between students.

“As an undergraduate student, this is an amazing opportunity to present at such a prestigious conference,” senior history student Kyle Sajoyan said. “And it is such an honor to be a part of the first-ever group to represent Liberty at this conference.”

The student projects include research on NCAA concussion screening protocols, the lost city of Mesoamerica, and a fire extinguishing method that replicates the defense mechanism of a bombardier beetle, among many others.

Mechanical engineering senior Elijah Yoder will be presenting his research on bombardier beetles. His work was overseen by School of Engineering professor Dr. Wayne Strasser.

When threatened, bombardier beetles create a very hot, pulsating spray out of their abdomen that shoots around 20 centimeters in length. Yoder is hoping to replicate that sort of mechanism (on a much larger scale) in a fire extinguisher by heating liquid inside of a chamber and vaporizing it into steam before throttling that out of a chamber.

“What I’m doing specifically is using antifluent as a computational fluid dynamic simulation program that will actually simulate what is going on in the chamber to see how it reacts and to see if it is a viable method of fire extinguishing,” Yoder said. “I love looking at God’s creation and being able to create from that and draw inspiration from that.”

He said he’s been encouraged by Strasser’s passion to mentor students throughout their research.

“(Strasser’s tutelage) has been crucial. I would not be where I am without him, in terms of research. He’s pretty much taught me everything that I know.” 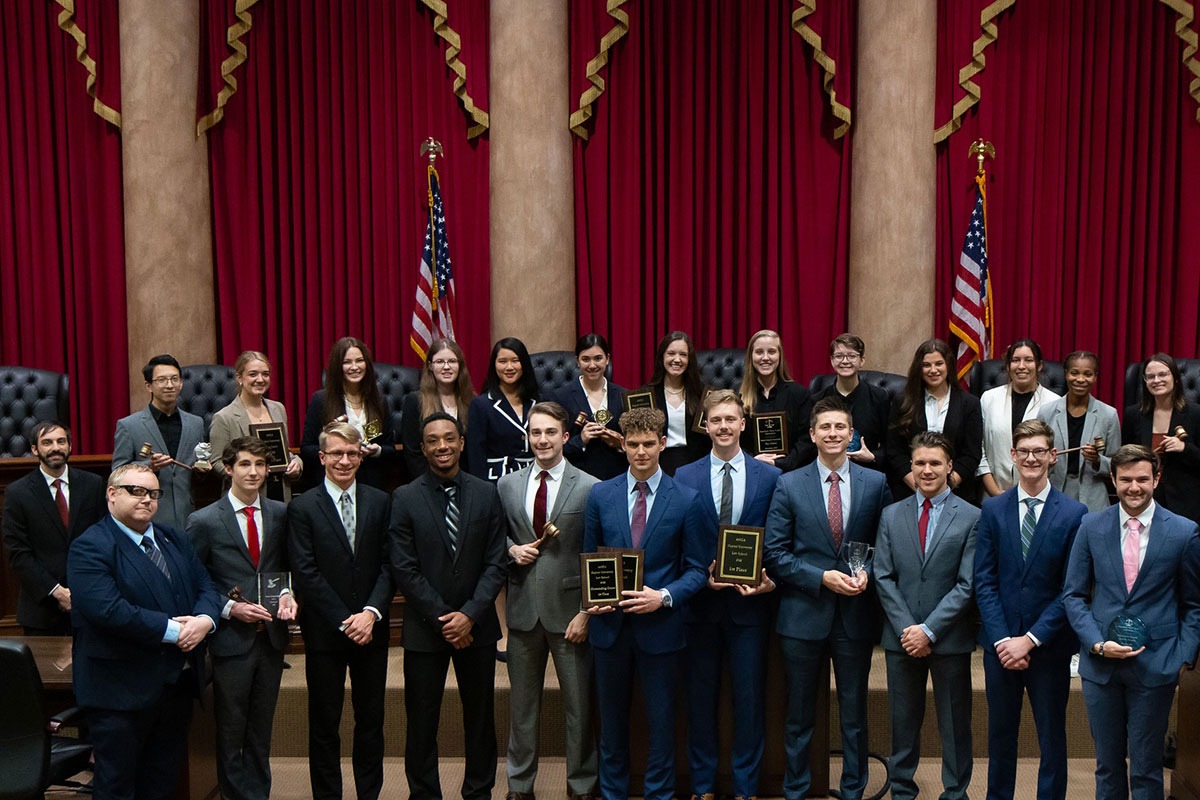