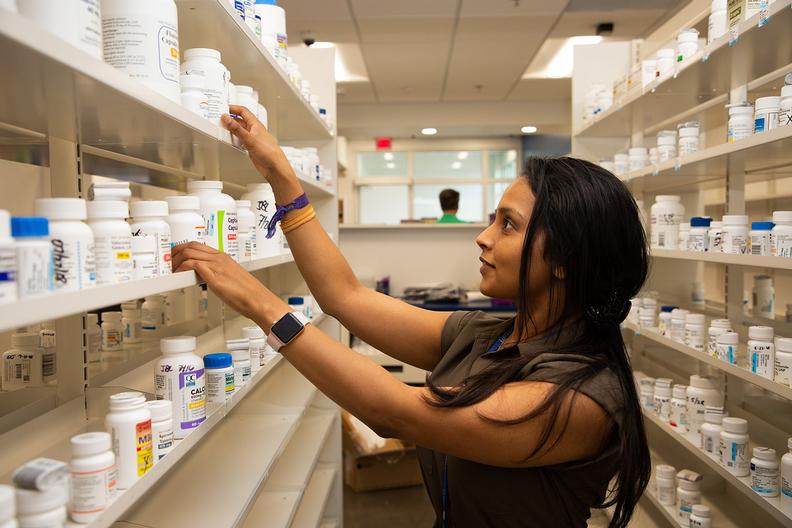 Hill City Pharmacy, open Monday through Friday from 9 a.m.-7 p.m. and Saturday from 9 a.m.-3 p.m. for in-store purchases and pickup, also provides free delivery of prescriptions for students and faculty — to the front desks of offices and the front doors of residence halls.

“With the Student Health Center’s move from Green Hall, students now have their physician right around the corner from their residence halls and can receive the pharmaceutical support they need,” said Keith Anderson, executive director of Liberty’s Student Health Center and Wellness Initiatives. “It alleviates having to drive or get rides to off-campus locations.” 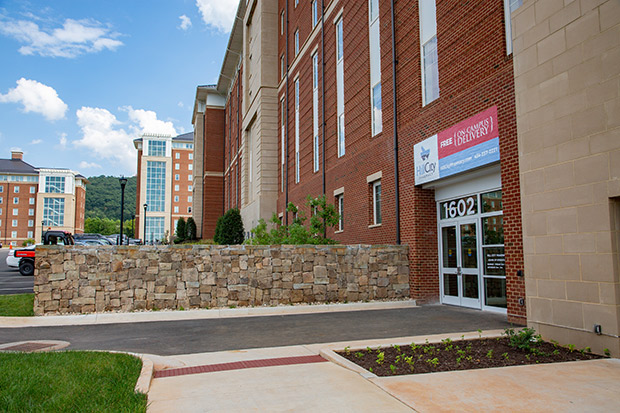 Bryan Moody, president of Hill City Pharmacy, said he is open to student and staff suggestions for products to carry at the on-campus site, which is much smaller but sells items available at the other two locations (near Cornerstone on Greenview Drive in Lynchburg and downtown on Fifth Street) .

An open house for the two facilities is scheduled for Thursday from noon-3 p.m. inside the Student Health Center and Hill City Pharmacy, with both also setting up tents on the lawn of the Residential Commons quad.

Besides being more accessible to the majority of the student body, the Student Health Center’s Residential Commons III location expanded its offerings from eight to 15 exam rooms and added two minor procedure rooms, a full lab, and digital X-ray room. It is staffed Monday through Thursday from 8 a.m.-6 p.m. and Friday from 8 a.m.-5 p.m. by two medical doctors, three physician assistants, and a team of nurses from Central Virginia Family Physicians (CVFP). 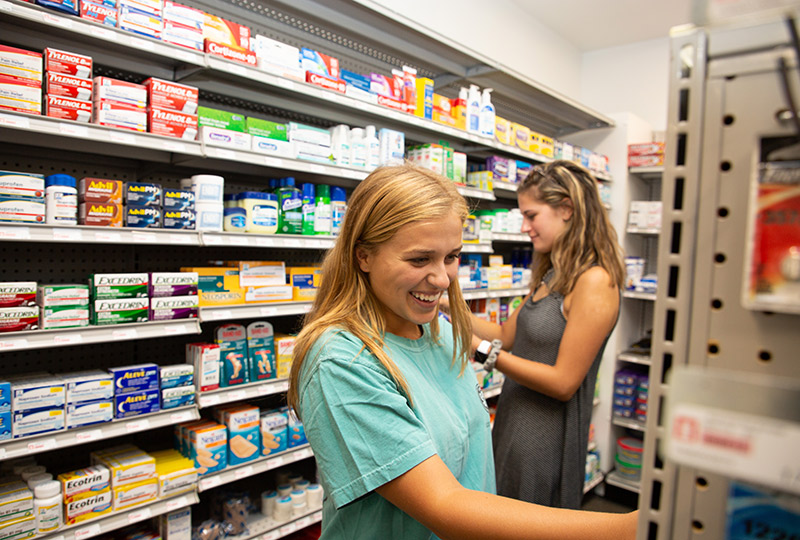 Liberty has taken a proactive role in promoting healthy lifestyles through the Live Healthy Liberty initiative, which has helped create a campus culture that educates, motivates, and empowers students, faculty, and staff to maintain spiritual, mental, and physical wellness.

Liberty will hold its annual Health Expo on the lawn outside the Montview Student Union on Sept. 25, with vendors and university departments representing all nine dimensions of wellness addressed by the Student Health Center: intellectual, physical, emotional, spiritual, environmental, financial, digital, occupational, and social.