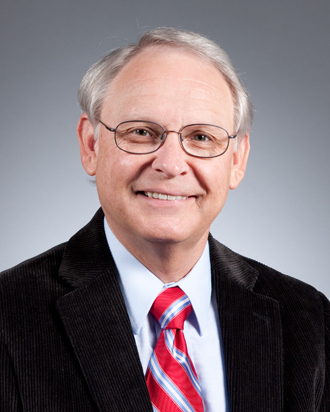 Following in what seems to be a tradition at Liberty University, International Business professor Dr. Stephen P. Preacher will be participating in the prestigious Oxford Round Table on March 22-24 at the Harris Manchester College of the University of Oxford in England. The theme is “Ethical Sentiments and the World Financial Crisis.”

As stated on the website, the Round Table exists “to promote education, art, science, religion and charity by means of academic conferences and publication of scholarly papers.” Participation is by invitation only.

On Monday, March 22, Preacher will lead a discussion on the Nigerian petroleum industry. That Wednesday, he will be presenting his own paper titled, “Virtue, Vice, and the Globalization of Market Economies.”

“The main thrust here is how the decline in moral values has contributed to the complexities of the crisis,” said Preacher. He consulted many think tanks during his research and found “next to nothing being said about the contribution that moral relativism has made [on the global economic situation].”

Preacher taught at Liberty from 1980-86, and after receiving a Ph.D. in Business Administration from the United States International University in San Diego and instructing elsewhere, returned in 2002 to teach at Liberty’s School of Business.

He will join the Round Table session after he leads a group of international business students on a tour of the European Union during spring break, allowing them to experience other cultures and “to see how the institutional operations of the European Union function,” said Preacher. They will be visiting Germany, Luxemburg and France. Most of the students will end the tour in England, where Preacher will take a train from London to Oxford.

Preacher anticipates the opening discussion to be “very collaborative and friendly” and looks forward to being able to mingle with other scholars. “The academics [at Oxford] are very interdisciplinary,” he said.

Other LU professors who have been invited to the Oxford Round Table recently include Dr. Vicky Martin, chair of Liberty’s Sport Management Department, who will be attending the “Women in the Academy: Prospects and Promises” session March 14-19, and Dr. Michelle Crawford Rickert of the Helms School of Government, who presented her paper, “Wilberforce’s Work Is Not Done: Dealing With Modern Day Slavery and Human Trafficking,” during a summer 2009 session.