Liberty University is pleased to welcome Pastor David Rhodenhizer (’74), an alumnus and longtime Board of Trustees member, as the keynote speaker for Liberty’s 45th Baccalaureate Service on May 18, 2018. 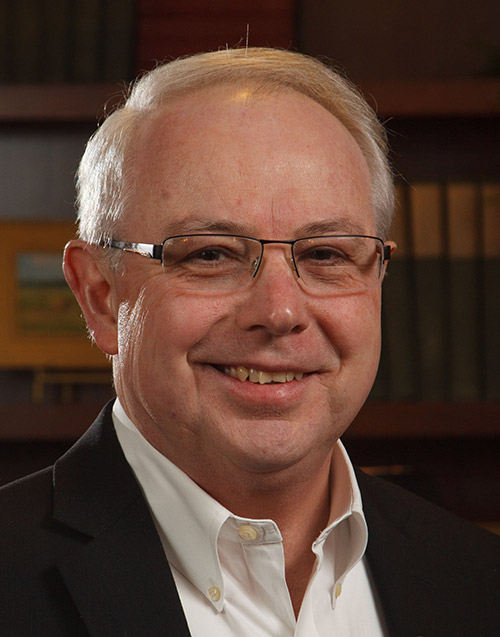 “It is such a privilege to return to my alma mater, the place I love so much, to address the graduates and their families,” Rhodenhizer said. “It is an honor. I’m excited.”

Baccalaureate begins at 6 p.m. at the Vines Center. Former President Jimmy Carter will deliver the keynote address for Liberty’s Commencement Ceremony on Saturday, May 19, at 10 a.m. in Williams Stadium.

Rhodenhizer, senior pastor of Calvary Road Baptist Church in Alexandria, Va., is a native of Lynchburg and currently serves on the Executive Committee of Liberty’s Board of Trustees.

After graduating from Liberty in 1974, Rhodenhizer served in church staff positions in Salem, Va., and Huntsville, Ala., before following God’s call to plant a church in Northern Virginia. He has ministered in the area for more than 40 years. Rhodenhizer founded New Life Baptist Church in 1977, which merged with Calvary Road two years later.

In 1985, Liberty awarded Rhodenhizer an honorary Doctor of Divinity degree.

“Liberty is proud to welcome Dr. David Rhodenhizer as the 2018 Baccalaureate speaker,” Liberty President Jerry Falwell said. “He has served on Liberty’s board since 1987, but before that, he and his wife, Linda, were among the first Liberty students when classes began in 1971.

“Dave and Linda's story goes back even further, as they were both saved while attending Thomas Road Baptist Church and went on to be baptized by my father, Dr. Jerry Falwell. All of their children have attended Liberty with two grandchildren already making plans to attend and another 13 that we hope will follow. The Rhodenhizers have been loyal friends and champions of Liberty for decades, and it is an honor to have him share a message with our graduates.”

Rhodenhizer said that “everything right and good that’s ever happened to my life happened right there at Thomas Road. It’s where I accepted Christ as my Savior; it’s where I was called into ministry; it’s where I met my wife, Linda, and grew in Christ. The best education I received was not in the classroom, although that was great, but in watching the life of Dr. Falwell … he’s the greatest visionary that I’ve ever known … and he meant the world to us.”

When Rhodenhizer takes the Vines Center stage in May, his first point will be to encourage the Class of 2018 to “always embrace the Bible as the authority for their lives.”

He said Baccalaureate is a service that holds significant meaning for an educational institution.

“Although it will be the farewell of their studies at Liberty, it is really the beginning as they step into the world. I do hope they fare very well as they go forth from Liberty University, but, more importantly, I hope they resolve that they will honor the Lord all the days of their lives because that is what is important and is the way to truly ‘fare well.’”

Rhodenhizer added that his family, not the church, is his greatest legacy in life. He said his wife has been a large part of his ministry and he couldn’t have done what the Lord led him to do without her support. He said that he is blessed to believe that his children and grandchildren will carry forth the Gospel.

The Rhodenhizers have five children and 15 grandchildren. Two of their sons followed their father’s footsteps into pastoral ministry.