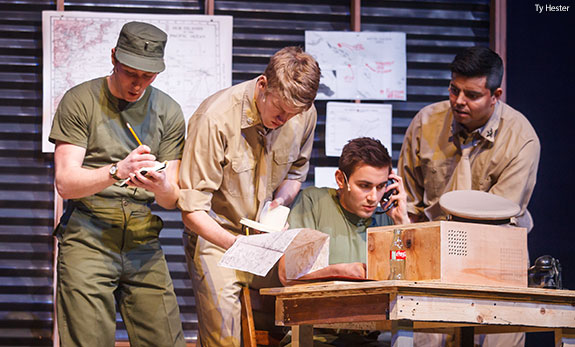 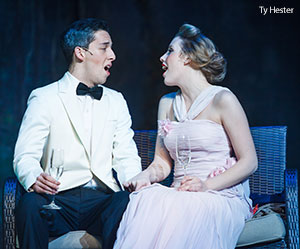 Based on James Michener’s Pulitzer Prize-winning novel, “South Pacific” follows main characters, Nellie Forebush and Joe Cable, as they overcome prejudice and fear. The show won 10 Tony Awards in 1950, including Best Musical. In 2008, it returned to Broadway and won another seven Tony’s, including Best Musical Revival.

“It has some fantastic music accompanied by a live orchestra from the School of Music,” Director Neal Brasher said. “I think everyone will enjoy it.”

Brasher, who has directed 25 Liberty productions over five years, said this play carries special memories for him.

“This is one of the first musicals I ever saw as a young person,” Brasher said. “It had a lot to do with my entry into the theater world.”

“This show comes from the Golden Age of musical theatre,” she said. “We have seen a Disney musical, a British comedy, and a biographical piece so far this year. This will break up our season with something very classic.”

“South Pacific” runs Feb. 20-28 with eight performances. Showtimes and tickets are available through the Tower Theater website or by calling the Liberty Ticket Office at (434) 582-7328.