How are Christians supposed to act when participating in socially or politically charged discussions around issues like race, abortion, poverty, and gun control? How should we behave in a culture where heated exchanges seem to be the status quo?

According to the two presenters at Liberty University’s “Every Square Inch” conference, the answer is clear: with civility.

Liberty University’s Center for Apologetics and Cultural Engagement (CACE), in cooperation with Student Activities, presented the fourth annual conference to give students a framework for showing the love of Christ and practicing civility during conversations about contentious issues.

Following a worship set by Liberty bluegrass ensemble E-41, Dr. Mark Allen, executive director for the CACE, presented the evening lecture titled, “Christian Civility in Politics as Gospel Witness,” based upon Jesus’ Sermon on the Mount from the Gospel of Matthew.

Dr. Allen told the crowd at the Event Space at LaHaye Student Union about two common approaches to political engagement: overreach where politics is the solution to society’s problems, and underreach where politics itself is the problem with society. A third way, using political engagement as a Gospel outreach tool, is the disposition needed to exhibit Christian civility.

“Politics is a realm in which we can bring the Good News and the goodness of King Jesus and His Kingdom to bear on politics,” said Dr. Allen. “Politics can be a realm where we live out the virtues of the Gospel and a place where we bring hope and healing, a space where good prevails over evil.”

As a source for these virtues, he pointed to The Beatitudes, found in Matthew 5:3-10, where Jesus spoke of the traits which Allen says serve as the basis for Christian civility and their application in political engagement.

“Being mournful is recognizing the brokenness that results from sin. We mourn for our community, for the nation, and for the world,” Allen said. “As peacemakers we bring people together, rather than divide them, because God is putting together the fragmented parts of our lives.”

Allen then posed a series of 10 questions that Christians should consider when engaging in politics, covering topics such as anger, lying, anxiety, the Golden Rule, how we treat enemies, and, when necessary, walking away from animosity and threats.

“We never stop loving others, but sometimes we must stop trying to convince others, at least, for the time being,” said Allen. “We want to avoid becoming angry ourselves.”

And while political engagement may not produce immediate, worldly results, Allen says it will reach the highest goal of touching people with the Gospel and goodness of the coming Kingdom of God.

The presentation closed with a dramatic reading of the entire Sermon on the Mount from Matthew, chapters 5-7.

The conference kicked off with an afternoon session by Keith Faulkner, dean of the Liberty University School of Law, who borrowed the title of his presentation, “America isn’t easy. America is advanced citizenship,” from the movie “The American President.” Faulkner based his premise on the idea that the American political system is built upon a foundation of honest dialogue and not civility.

“Liberty is often messy and yes, uncivil. Freedom is supposed to be disorderly,” he said, citing an article by President Reagan’s biographer, Craig Shirley.

Faulkner briefly touched upon the history of political discourse and told the students and faculty gathered at the Montview Student Union Alumni Ballroom that, contrary to messages in today’s culture, incivility in politics is not a new problem. “Every decade of American history has been filled with political speech of the sort we now decry,” Faulkner said citing, Bruce S. Thornton, a research fellow at the Hoover Institution in his piece Three Cheers for Political Incivility.

“You hear people say, ‘This is the worst I’ve ever seen (incivility).’ But, think about the kind of conversations that were going on when this American experiment began. Do you think they were all sitting around at the Constitutional Convention singing Kumbaya?” No, Faulkner said, “these were fierce, provocative, and sometimes, yes—uncivil—debates about closely held and remarkably important founding principles.”

While Webster’s defines civility as courtesy and politeness, Faulkner shared an updated and more sophisticated definition offered by scholars: “Civility transcends politeness by honoring one’s personal values while simultaneously listening to disparate points of view; civility is seeking and finding common ground for a dialogue about differences.”

Faulkner said that Christians don’t need to cede biblical beliefs in order to establish this common ground and, by holding events like the Every Square Inch conference, Liberty is keeping with its mission of Training Champions for Christ by preparing students to incorporate biblical civility into their future positions as leaders in churches, industry, or even politics.

“You can wholeheartedly believe something and be completely convicted about what you believe, but if you are unwilling to respect the persons on the other side as a child of God who deserves that respect, the conversations are not going to get better, they are only going to get worse.”

The conference title comes from a statement made by Dutch politician and theologian, Abraham Kuyper, who said during an 1880 lecture, “There is not a square inch in the whole domain of our human existence over which Christ, who is Sovereign over all, does not cry, Mine!”

Dr. Mark Allen is the coauthor of Apologetics at the Cross: An Introduction for Christian Witness (2018) and a contributor to Biblical Leadership: Theology for the Everyday Leader (2017). 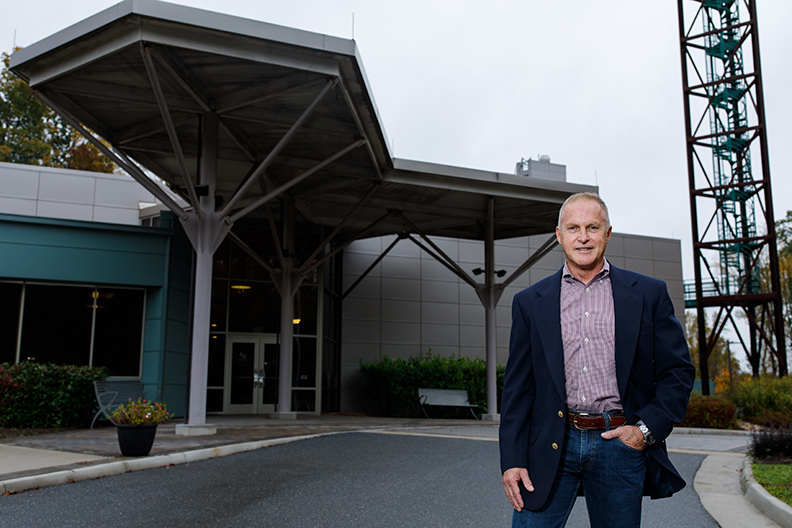 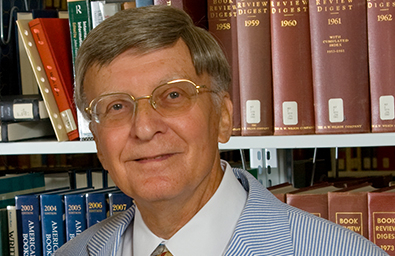 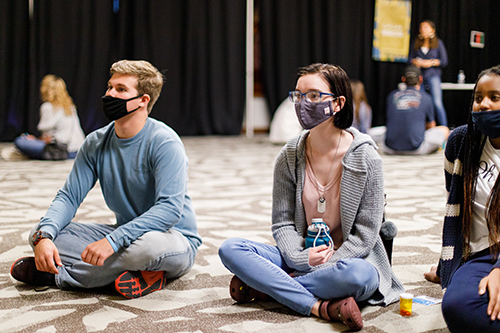 Students get glimpse into refugees’ journey during simulation event