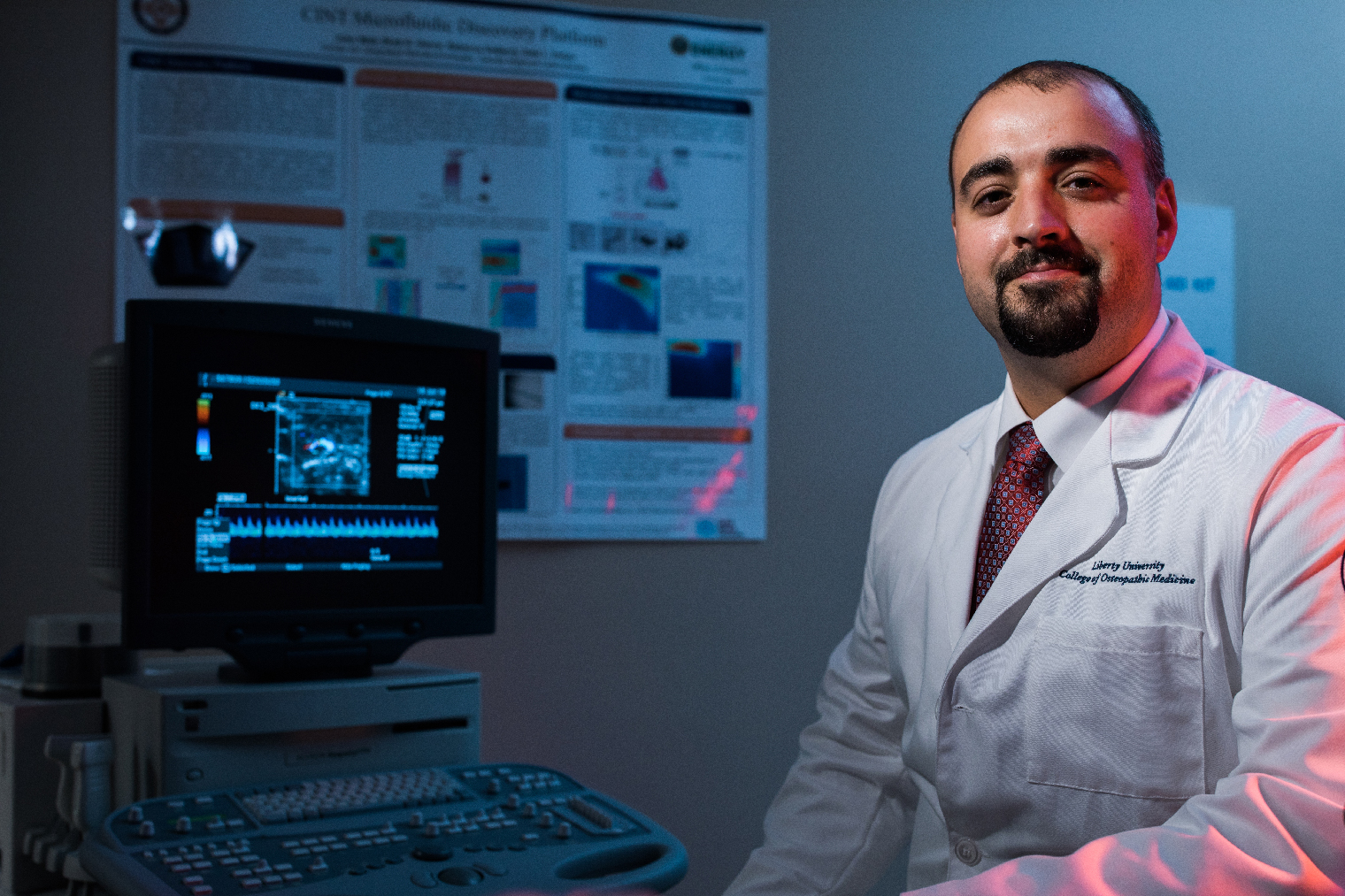 Though the organs are a crucial part of the body in regard to maintaining fluid levels, creating red blood cells, and filtering toxins and preserving nutrients, Gigliotti believes they have much more to offer the future of medical research.

That is why Gigliotti has dedicated his research to exploring how diet affects kidney health.

“I think it’s good for anyone who wants to go into science to find a unique niche,” Gigliotti said. “That really sets the stage for you to have a successful career. Studying the kidneys, especially when it comes to learning how they are impacted by our diets, is very unique. Not many scientists study the connection between diet and kidney health.”

After completing his education at West Virginia University, Gigliotti solidified his research interest in kidney health as a postdoctoral fellow in the Division of Nephrology at the University of Virginia School of Medicine in Charlottesville, Va. During his first three years as a National Institutes of Health T32 postdoctoral fellow, he developed a simple ultrasound method that provides significant protection from ischemic tissue damage to the kidneys and heart. After three years, he joined another lab and established ultrasound-based methods to assess kidney function on a NIH-funded project.

At Liberty’s Center for Medical and Health Sciences, Gigliotti is performing research that is a culmination of his training background. In the laboratory, Gigliotti, student-doctors, and undergraduate students are conducting experiments to determine how diet influences the severity of different human diseases in mouse models. Some of these diseases include sepsis (the presence of harmful bacteria and their toxins in tissues) and chronic alcohol intake. 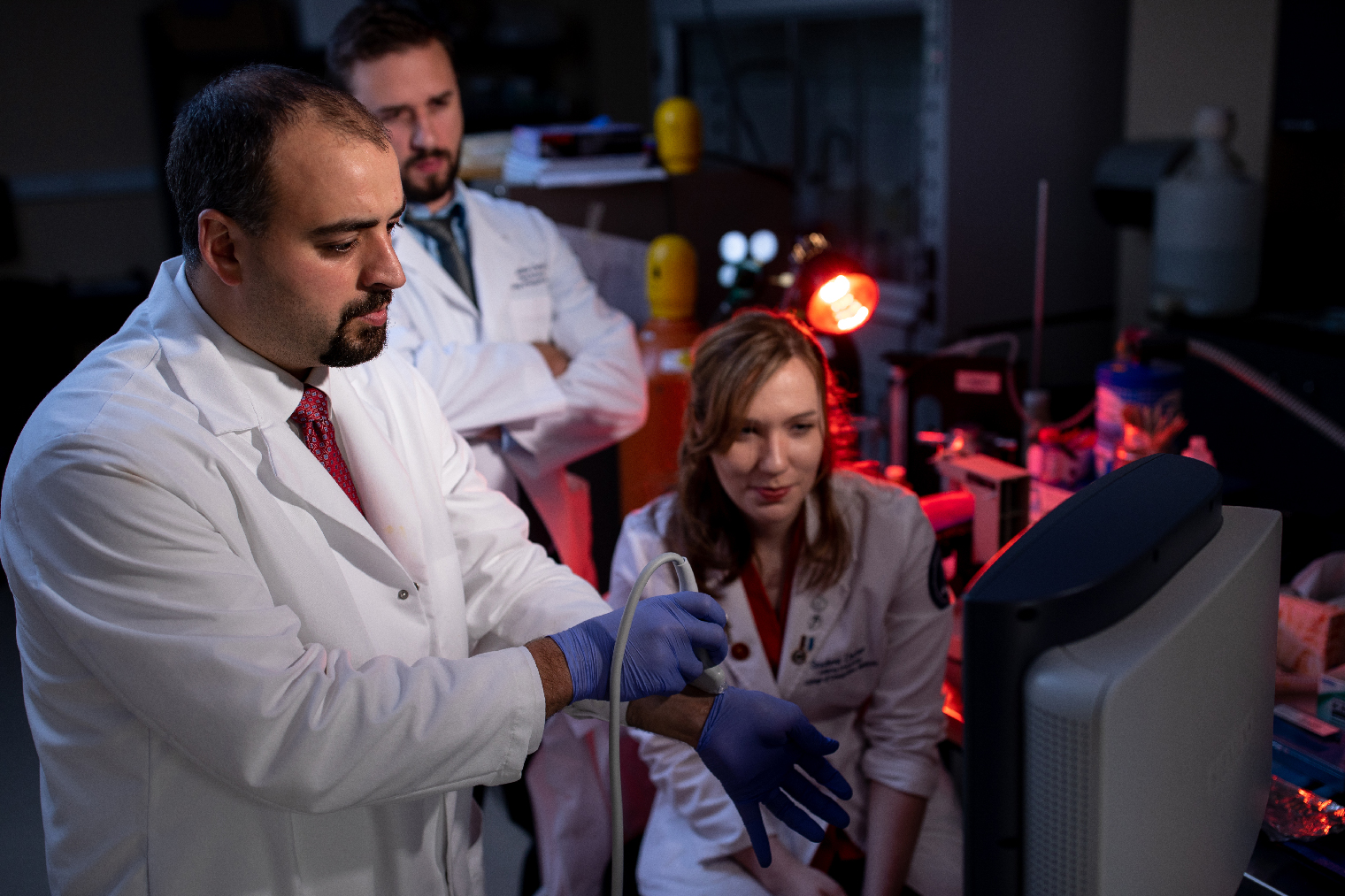 One of the Western diets was created by Gigliotti. This version not only embodies the high caloric content of Western diets but also includes modifications to several vitamins and minerals that can be used to study food preference.

According to Gigliotti, the data is important because what we eat influences several aspects of our lives.

“Most preclinical studies use young mice that are fed a vegetarian diet their entire lives,” he said. “These data are then extrapolated to clinical conditions that typically occur in older humans with additional health problems (such as obesity or high-blood pressure).”

Data from these studies may be misleading, hence why it is important to create a diet that accurately represents a “typical” American diet.

“If we want to better define and treat diseases in humans, we need to reconsider the typical design and execution of preclinical animal studies,” he said. “I believe our diet will be a major contributor to this needed change.”

Continuing his research, though, isn’t the best part of teaching, according to Gigliotti.

“Liberty has been a haven for me,” he said. “I can be who I am in terms of a Christian. I’m with likeminded individuals who have the same appreciation for how we understand science and how God has done things, rather than using science as a replacement for God.”

Being at Liberty has also allowed him to serve as a mentor, a passion Gigliotti believes God instilled in him early on in his career.

“LUCOM’s mission is alive in all the faculty and staff here,” Gigliotti said. “We truly believe that we’re serving God by serving these students, so it gives us extra motivation to perform our jobs well. We’re supporting the growth of our students who will go out and make a tremendous difference in the community as physicians.”

Student-doctor Kelsie Smith joined Gigliotti’s study last fall. Since then, she and several other students have traveled to San Diego to present their findings from several different mouse studies.

She said Gigliotti has worked hard to support his students – whether it’s listening to them talk about their struggles with classwork or encouraging them along the way.

“He genuinely cares about his students,” Smith said. “That’s also the vast majority of the LUCOM professors. They are so approachable and care about our visions, dreams, and what we want to accomplish as professionals.”