May 15, 2015 : By Michael Claybaugh - Office of Communications & Public Engagement

Researchers from Liberty University’s Department of Biology & Chemistry have released the university’s first draft genome sequence, mapping the DNA of a popular strain of E. coli bacteria in hopes of helping to find a cure for diseases caused by the strain.

The team’s work was recently published in “Genome Announcements,” an academic journal from the American Society for Microbiology.

Though the Citrobacter rodentium (C. rodentium) strain DBS100 has been studied extensively, it had not previously been sequenced. The work will not only help Liberty’s research but also that of other prominent researchers for years to come.

“Publishing a draft genome will certainly raise the profile of Liberty University in regards to the kind of research we are doing,” said Dr. David DeWitt, chair of the Department of Biology & Chemistry. “A study like this really highlights the research involvement students can have with our faculty members.”

The genome sequencing was conducted by Dr. Andrew Fabich, associate professor of microbiology, and Abigail Lenz (’14), a biomedical science graduate assistant currently seeking her Master of Science in Biomedical Sciences, and in collaboration with Dr. Jeffery Tomkins, an adjunct Liberty professor.

The gene sequence, which is represented as a series of letters (A, for the nucleotide adenine; G, for guanine; T, for thymine; and C, for cytosine), is 5,385,810 characters long — over 800 pages when printed front and back in eight-point text.

Liberty purchased a DNA sequencer in 2013, adding to a growing arsenal of top-notch research equipment, which will be housed in the new Science Hall. Fabich said that sequencing genomes is quite common among leading scientific research institutions, so it is significant that Liberty invested in technology that will allow students to participate in top-quality research projects.

“We are doing cutting-edge research (that is) published in secular, scientific journals,” Fabich said. “Our students get hands-on training using the latest, greatest technology that is the most sophisticated, state-of-the-art equipment you find at major institutions.”

He added that the particular strain that Liberty sequenced as its first genome is significant because it is one of the most popular strains of Escherichia coli (E. coli) used in research. Fabich and many of his students, like Lenz, have been researching the strain because it is a model for enterohemorrhagic E. coli (EHEC), the leading cause of infectious kidney failure worldwide. C. rodentium is used in mice to mimic the effects EHEC produces in humans. Part of Lenz’s research involves genetic manipulations of the bacteria to help determine exactly how it infects the gastrointestinal tract.

Fabich’s research students have garnered awards and recognition for their work, including at the Virginia Academy of Science and the Undergraduate Research Symposium in the Chemical and Biological Sciences, and the American Society for Microbiology’s annual meeting.

The goal of this research is to help determine what triggers the change from good E. coli bacteria (helpful microbes are abundant in the human body) to infectious ones and ultimately lead to a cure for diseases caused by EHEC. Fabich is collaborating with Dr. Anthony Bauer, an associate professor in the Liberty University College of Osteopathic Medicine, on a grant proposal to develop a cure for EHEC.

Lenz, who earned her bachelor’s degree from Liberty in biochemistry and molecular biology with a minor in mathematics, did much of the research for the genome sequence and was the first author for the article, demonstrating Liberty’s commitment to training students to excel in their chosen field.

“I felt like she had a sense of ownership and that’s given her that sense of independence that you expect out of graduate students,” Fabich said.

Lenz said the research required long nights in the lab, enduring many failures to obtain desired results, but she is grateful for the opportunity.

“God’s guidance, timing, and wisdom are evident in every part of my research,” Lenz said. “God provided a sequencer shortly after I began my research, which has opened many doors for me. The people that I have worked with in lab (both professors and other researchers) have provided me with continual encouragement. I feel a great sense of purpose when working in the lab, knowing that I am gaining a deeper knowledge of the beautiful intricacy of God’s creation and working toward a better world for those suffering from EHEC infection.” 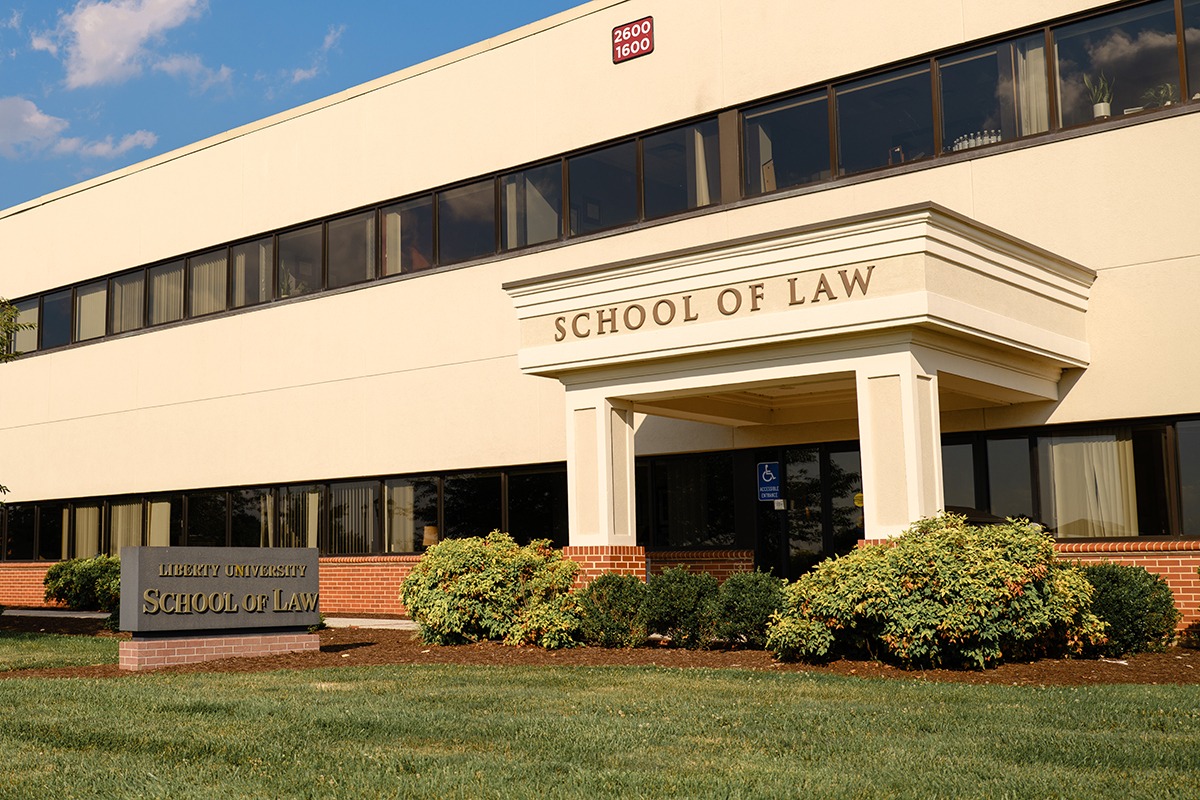 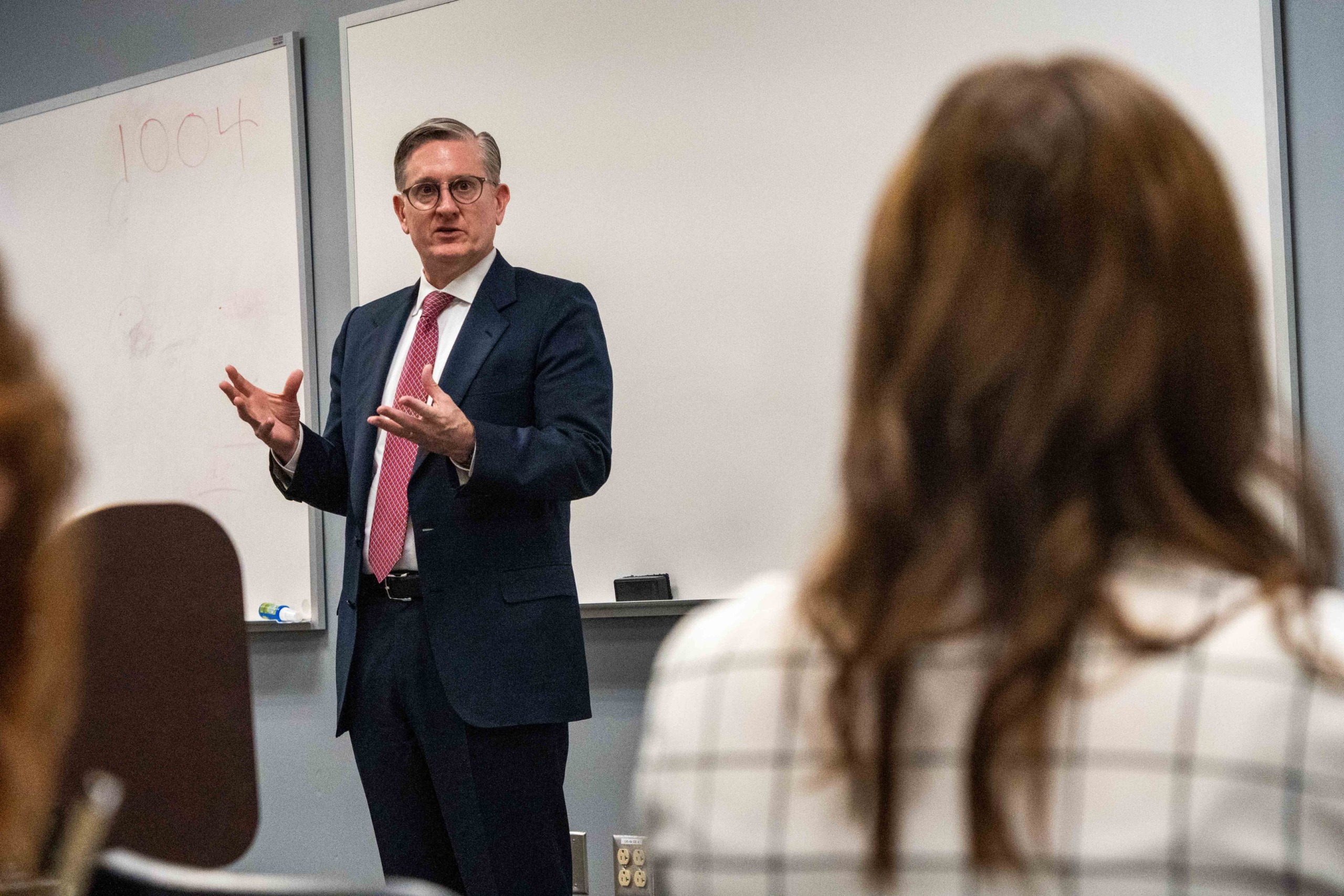