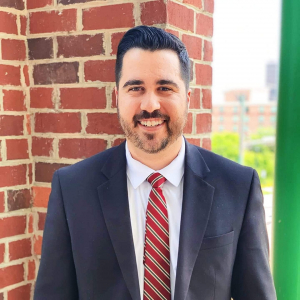 Two-time Liberty University graduate Chris Faraldi (’17, ’19) garnered the most votes ever recorded — 1,567 — for a Ward IV Lynchburg City Council seat on May 19. He will replace retiring member Turner Perrow, who, along with conservative Congressman Ben Cline (R-6th), endorsed Faraldi earlier this year.

Faraldi, 25, will begin his four-year term in July.

“It was an experience I will never forget,” Faraldi said of his rainy-day victory over opponent Larry Jones. “The campaign was humbling, exhilarating, and taxing, but all worthwhile after the results.”