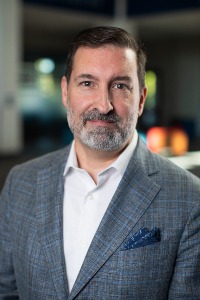 Dr. Litfin received his Ph.D. in Religious Studies from the University of Virginia and a Master of Theology from Dallas Theological Seminary. His undergraduate work was at the University of Tennessee in the field of Communications.

After serving for 16 years as a professor at Moody Bible Institute in Chicago and 3 years as an editor and writer at Moody Publishers, Dr. Litfin came to Liberty in 2022. He is the author of four non-fiction books on the ancient church—Wisdom from the Ancients (Harvest House, 2022), After Acts (Moody, 2015), Early Christian Martyr Stories (Baker, 2014), and Getting To Know the Church Fathers (Brazos, 2007, 2016)—and six novels (The Chiveis Trilogy and the Constantine’s Empire trilogy), as well as several scholarly articles and essays.

Dr. Litfin is married to Carolyn and they have two adult children. He enjoys writing, European travel, hiking in the Blue Ridge Mountains, and being involved in his local church.