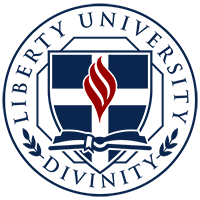 Mission: To come alongside the local church in its quest to fulfill the Great Commission.

In 1971, Pastor Jerry Falwell, Sr. challenged his congregation at Thomas Road Baptist Church in Lynchburg, Va. to establish a Christian college whose students would “go out in all walks of life to impact this world for God.” Soon after, he and Dr. Elmer Towns (the only full-time professor at the time) co-founded Lynchburg Baptist College. With 154 students enrolled, many of its first courses centered on ministry training. The college was renamed Liberty Baptist College in 1976 during the Bicentennial of the United States.
In 1973 Dr. Jerry Falwell, Sr. envisioned a place for men and women to receive graduate-level, Christ-centered education. The Lynchburg Baptist Theological Seminary later named the Liberty University Baptist Theological Seminary, was founded.

In March 2015 then-President Jerry Falwell, Jr. announced that the undergraduate School of Religion was joining with the Seminary to form a new school of divinity under the leadership of Dr. Ed Hindson, who had succeeded Dr. Towns as the Dean of the School of Religion in the fall of 2013. Later that year ground was broken for the Freedom Tower, the new home for the newly named Rawlings School of Divinity.

The John W. Rawlings School of Divinity provides Christ-centered education and is committed to academic excellence with a focus on equipping the whole person for local and global ministry. Divinity students residentially and online have the opportunity to study under some of the world’s leading evangelical professors and have access to all the facilities of the largest private, nonprofit, four-year college in the country.