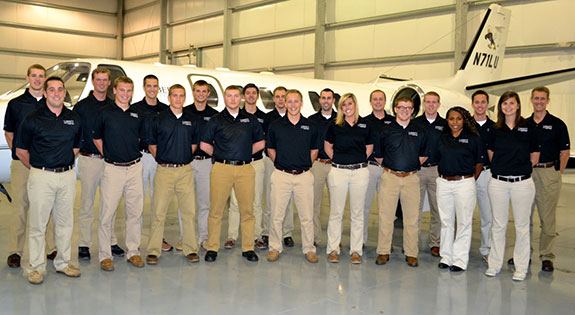 “At the competition, it became readily apparent the blessings that we have as an aeronautics program,” said Col. John Marselus, academic advisor for the flight team and associate dean for flight operations at the School of Aeronautics. “We are very thankful to the university and the administration for the support they give to our NIFA team.”

Liberty competed with two Cessna 172 SkyHawk airplanes, one of which was recently purchased by the university and carries the tail number 701LU. Liberty also earned the Red Baron Award for outstanding team sportsmanship as voted by the schools in attendance.

“That is one of the intangibles, that the character of our students shines through,” Marselus said. “To see our character and integrity recognized with the Red Baron award is a supreme honor, and represents our university, as well as our Lord and Savior, very well.”

Liberty will go on to compete at nationals, to be held at the Ohio State University Airport in Columbus, Ohio, May 6-11.