School of Music students shine in Voices of Tomorrow competition

On April 25, three Liberty University students, two of which are studying in the School of Music, landed in the Top 10 in the 2020 NextGen: Finding the Voices of Tomorrow Competition, presented by the American Pops Orchestra. 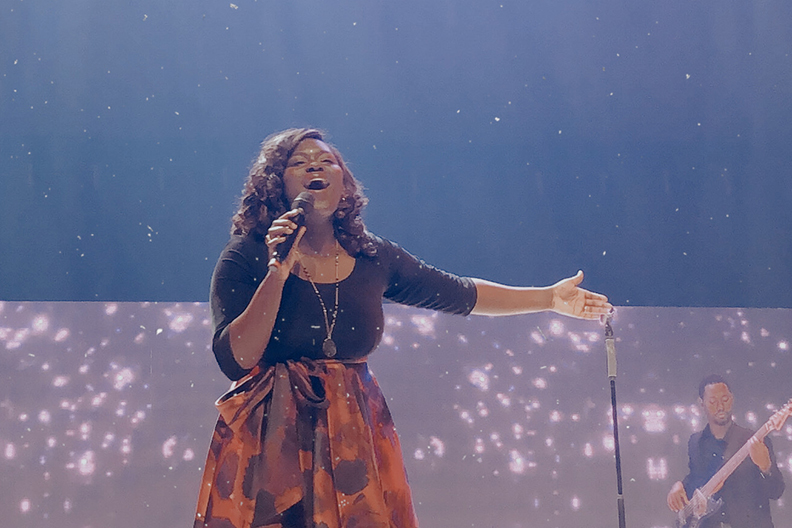 The third annual event, originally scheduled to be held in Washington, D.C., was moved to a virtual format due to COVID-19. The prestigious competition featured 30 students selected from a talent search at universities around the country.

Senior RaShonda Bentley, Senior Savana Vaughn, sophomore Sydney Borchers, and freshman Lucas Meinerding were selected for the competition. Bentley, Vaughn, and Borchers made it into the Top 10, with Bentley finishing as the second-best female vocalist.

“RaShonda is going to be able to play in some high-level venues and will have the opportunity to make some pretty cool connections,” said Timmy Williamson, Liberty’s director of communication for the School of Music. “Even though she didn’t win, there are still some incredible performance opportunities she’ll have for placing where she did.”

The American Pops Orchestra (APO) was founded in 2015 by Maestro Luke Frazier with the aim of breathing new life into orchestral pops programming and inspiring new audiences to discover the wealth of material in the Great American Songbook in dynamic ways.

Representatives from APO visit schools in search of top talent for the competition.

Williamson said the event is especially exciting for Liberty because students were able to compete with schools that are not faith-based and sing secular songs, which presents an opportunity to show the country that it is possible to compete at the highest level of competition while being a light for the Lord.

“Where a lot of times our students compete in more Christian-centered music, we try and communicate to our students that, regardless of the style, they are an influence wherever they are at,” Williamson said. “It’s cool because these are mainstream songs that they are singing. Our students have a unique opportunity to be a light where they are at.”

The format for the competition mandated that each contestant sing a song of their choice with the only stipulation being that the selection must have been written prior to the year 1970.

Students submitted videos of their performance online and judges — all well-known figures in the Broadway music scene — narrowed the selection to the Top 10. The chosen students then submitted another song and winners were announced.

“There were six female students in the final 10 and three of them were from Liberty. It was awesome,” Borchers said. “I was stunned that I was one of the ones who made it.”

Borchers is pursuing degrees in Musical Theatre and Integrative Communication, both majors in the School of Communication & the Arts, and anticipates a career in theatre and film performance.

“I’m really looking forward to seeing what doors this opportunity opens simply because these people have heard me,” Borchers said. “My number one dream is to make it on Broadway.”

In this year’s competition, there were four male and six female contestants who made the Top 10. The top two females (including Bentley) and the top two males received cash prizes. 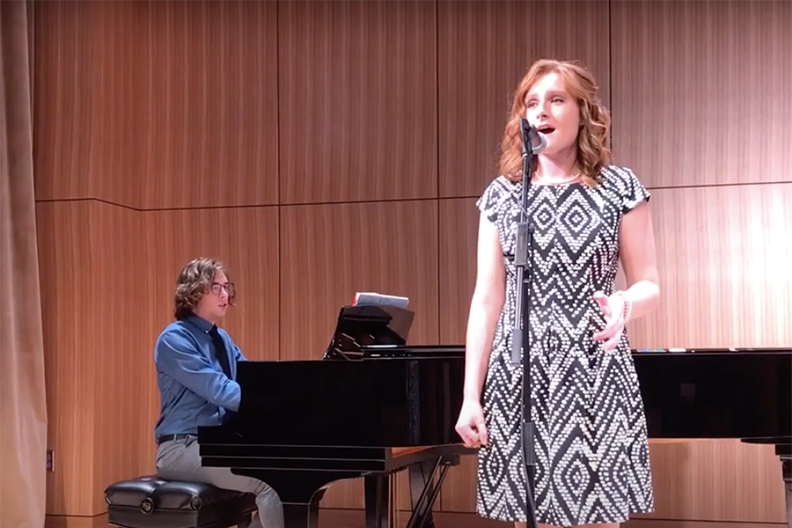 “More valuable than a cash prize is that they will be able to sing with the American Pops Orchestra on their main stage show,” Damon said. “At this competition, there were four high-profile judges who produced a lot of things on Broadway and they do a lot of work in the commercial music industry, and they are going to be able to open up doors for these students who they have been able to hear a lot from throughout this process.”

The Top 10 students will also have the opportunity to join the American Pops Orchestra on a tour once COVID-19 gathering restrictions are lifted.

“These students are going to get some great performing opportunities out of this,” Damon said.