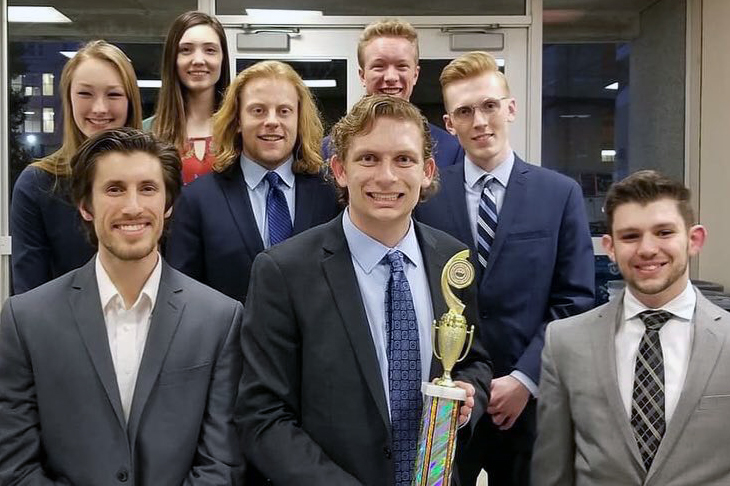 “The amount of people we had win awards is a testament to the depth that we had,” Davis, the team’s captain, said.

Davis was instrumental in restarting the team at Liberty, which now operates through Liberty’s Helms School of Government under the supervision of Dr. Robert Robertson, chair of Liberty’s Pre-Law Studies program.

The American Mock Trial Association hosts over 700 mock trial teams from approximately 400 universities and colleges across the country. They serve as the governing body for intercollegiate mock trial competition, giving students the opportunity to engage in trial simulations with other institutions and gain knowledge and skills in legal practices and procedures.

At competitions, teams of 7-10 competitors act as witnesses and attorneys in a mock case released by the AMTA in the fall. This year’s scenario was a tort action (wrongful harm or loss) due to negligence. Teams square off, with one side representing the plaintiff and the other side representing the defense. Two judges hear the arguments and score the student attorneys and witnesses for each team. Teams represent both sides of the argument twice during a tournament. 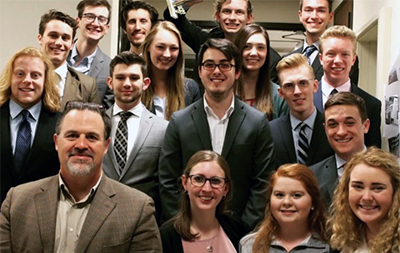 “Mock Trial has helped me to develop skills that will translate directly into law school and my future career as an attorney,” Davis added. “It has also allowed me to develop some of my closest friendships.”

By winning regionals, Liberty qualified for the Opening Round Championship Series Tournament March 16-17 in Richmond, Va., where it will have a chance to earn a spot at the National Championship Tournament at Elizabethtown College in Philadelphia April 4-7.

“To go from nonexistent to undefeated at Chapel Hill in three years is everything we could have hoped for,” Davis said. “It is a credit to the hard work of all the team members, who put in hundreds of hours of preparation for this tournament. We are very excited to go to Richmond next month, we’re hopeful that we will have a good showing to try and qualify for nationals.”