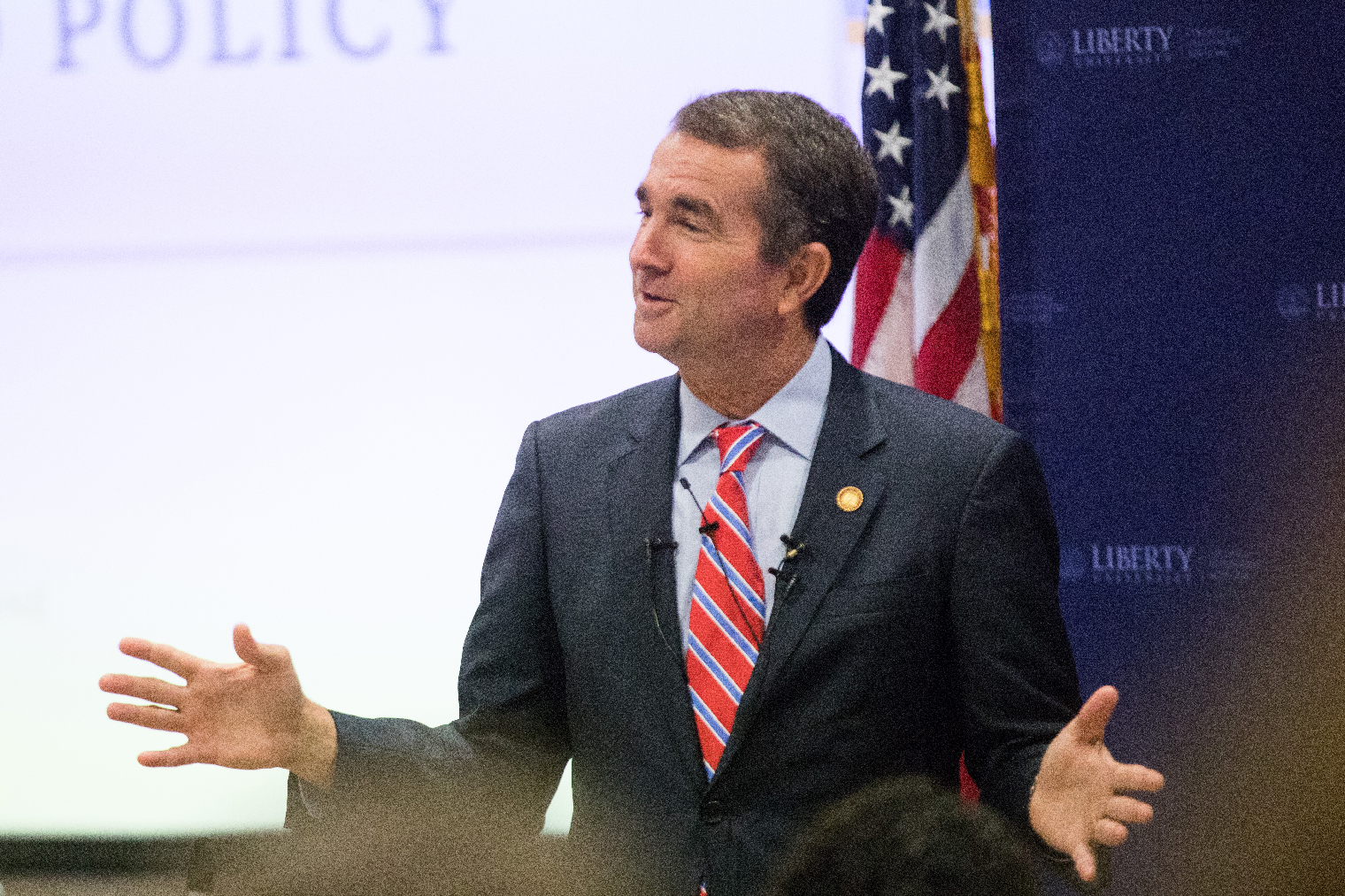 Liberty University College of Osteopathic Medicine (LUCOM) student-doctors heard from Virginia Gov. Ralph Northam on Wednesday about ways that future physicians, like themselves, can lead the way in stopping opioid addiction.

The visit to Liberty’s Center for Medical and Health Sciences was part of a lecture tour to all medical schools in the Commonwealth; the governor closed the tour at LUCOM.

Northam expressed his appreciation for the opportunity to speak to student-doctors about the growing opioid crisis and called Liberty a “great university.”

“It wasn’t that long ago that I was in your shoes and in your seat as a medical student,” said Northam, who served as a doctor in the U.S. Army and spent years in the private sector as a pediatric neurologist at the Children’s Hospital of the King’s Daughters in Norfolk, Va. “You are in medicine at an exciting time. … These diseases that I was taking care of in my career, I really believe that in your careers, cures will be found.”

Northam introduced Ryan Hall of Covington, Va., a 25-year-old recovering heroin addict, for a discussion from a patient’s perspective.

Hall was a prominent high school athlete until a serious football injury led him to be placed on heavy pain killers, which started him down the path to addiction.

“They tried to take me off the liquid (opioid painkillers) because every time I could get it, I wanted it,” he said. “I started taking prescriptions for the pain, but once everything was healed, I still wanted to take prescriptions from time to time.”

Mostly, he said, it was to help with the intense withdrawal symptoms. 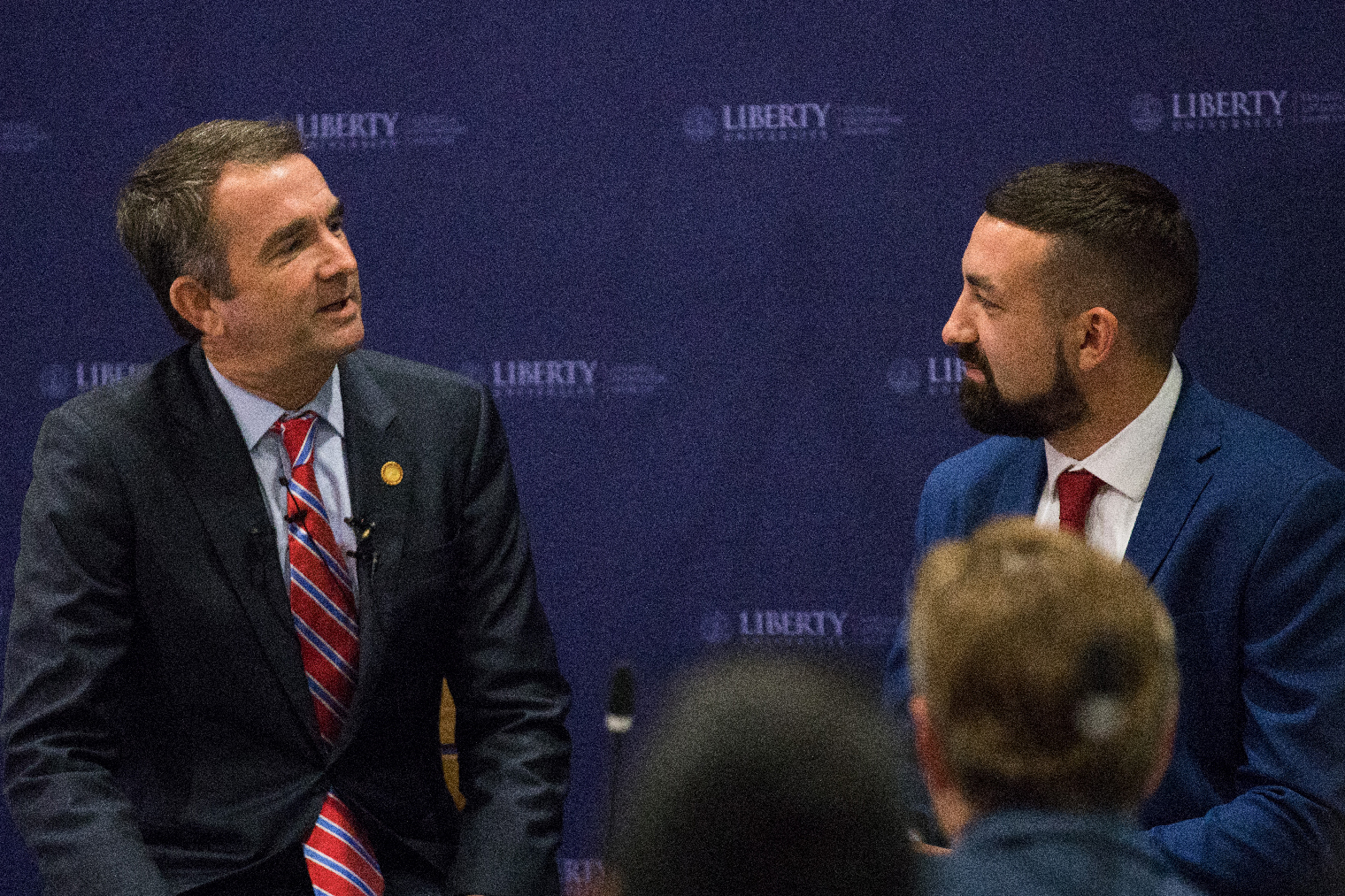 “It felt like the worst case of the flu that you ever had,” he said. “You’re cold, but you’re sweating. You have diarrhea and nausea. You lose sleep.”

When a co-worker introduced Hall to heroin, he became addicted and began selling drugs to support his habit. Eventually, he was arrested and served 18 months in prison.

“You feel so ashamed of who you’ve become,” Hall said. “People used to look up to me in the community, and I was very involved in the community. I went to college on a full academic scholarship. I felt like everyone was disappointed in me. … That fed the addiction for a long time.”

Northam asked Hall to give the students advice on how to best handle a patient struggling with addiction.

“You have to sympathize with the patient,” Hall said. “Most of the time, these drug addicts do want help. They just don’t know how to do it or have the support.”

In 2017, 1,227 Virginians died from opioid addiction. Northam said as physicians, Liberty’s student-doctors must realize that opioid addiction is a chronic disorder that will not just go away.

“These people are just like you and me,” he said. “They’re family members, they’re our neighbors or friends. They’re not bad people.”

Providers must be careful with how they treat acute and chronic pain, Northam said. Better treatment comes not by simply adding a higher dosage of pain medicine but by asking questions and finding out your patient’s medical history.

“We don’t want our patients in pain, but pain can be helpful,” he said. “It can lead you to where the problem is and help you make a diagnosis. To have your patient every day at a No. 1 (on the pain scale), is probably not the best approach to take.”

In closing, Northam encouraged students not to give up on their patients.

“Don’t ever take someone’s hope away,” he said. “Up until you actually lose one of your patients, you can help them. That’s what people come to see you for.” 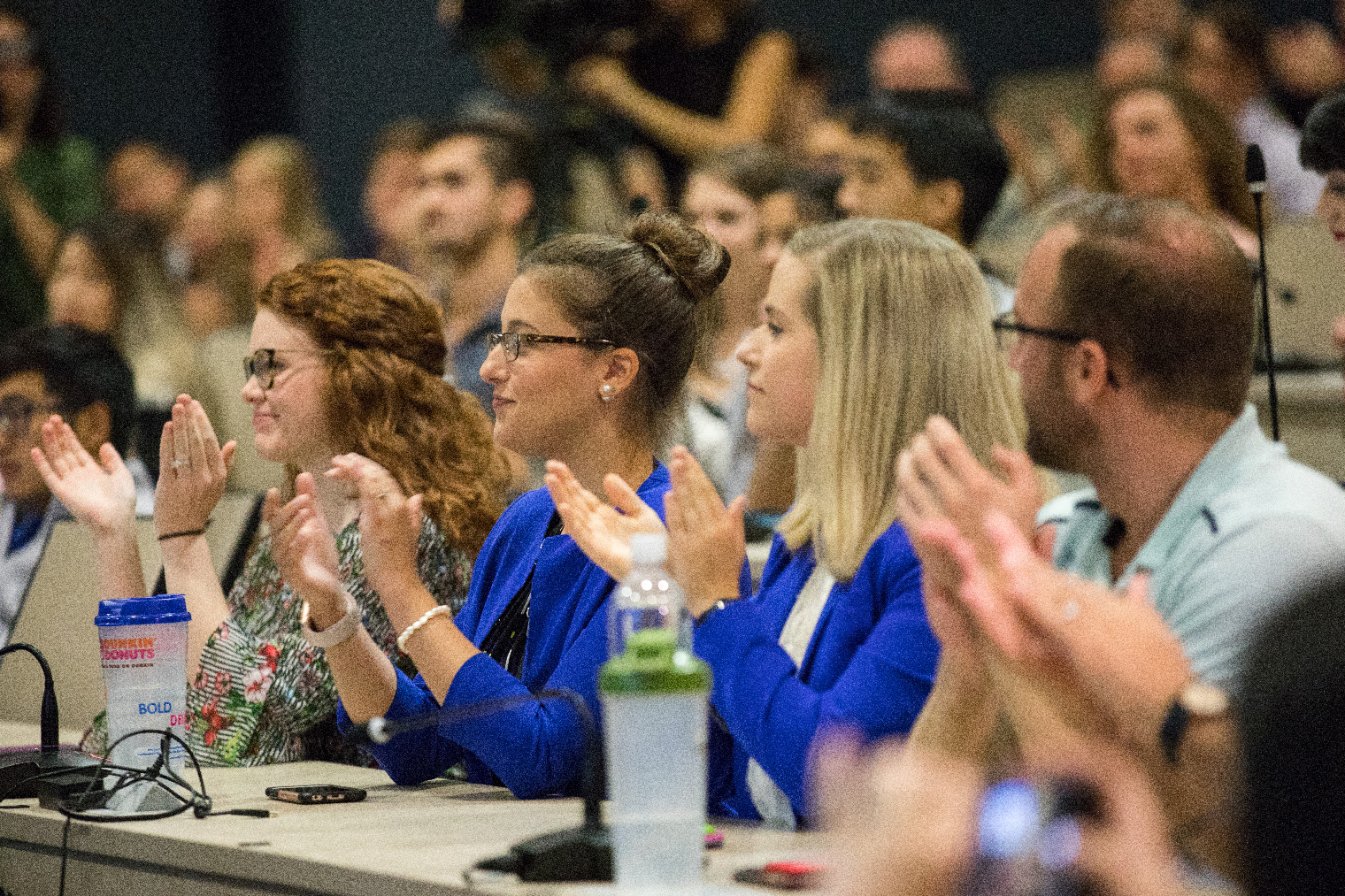 First-year student-doctor Rachel Zielinski said the lecture was a great experience, especially in the early stages of her medical career. A former EMT, Zielinski said she saw firsthand how deadly addiction can be.

“We got to hear from the patient’s perspective about how we can do better,” she said. “The opioid crisis isn’t something that’s just happening in Virginia. It’s something that is happening everywhere. Hearing Ryan’s story just reminded me that we can prevent (addiction) at the prescription stage.”

First-year student-doctor Josh Herts said Hall’s story encouraged him to have empathy for his future patients.

“Ryan wasn’t a bad person and often that’s what we think of people who are addicted,” he said. “He was someone involved in the community. Hearing his perspective should make us less judgmental because it can happen to anyone.”

After the discussion, Liberty Vice Provost Shawn Akers prayed over Hall and his family, asking for people to be transformed by hearing Hall’s story.