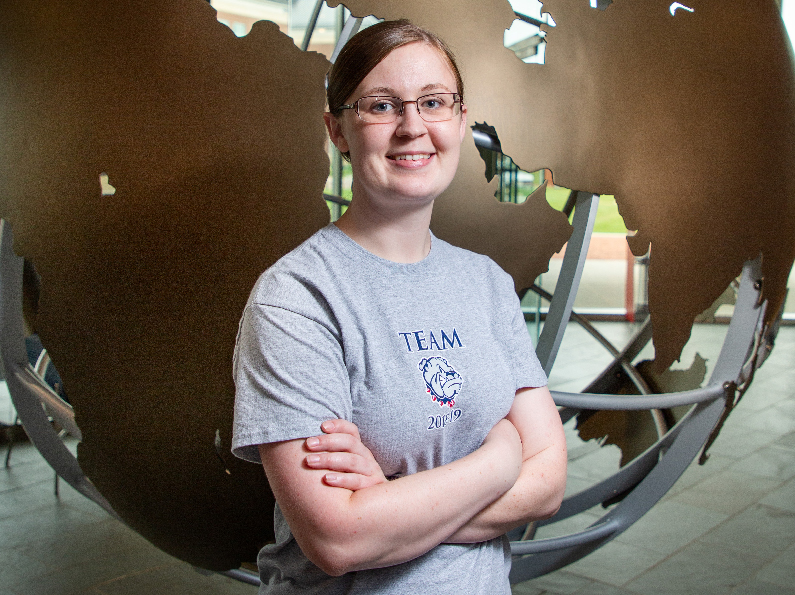 A recent Liberty University alumna is the recipient of a Fulbright English Teaching Assistant grant. Sara Heist, who graduated in December 2017, was recently notified of the prestigious grant and will be using it to teach English in Brazil starting in February.

Heist applied for the Fulbright Program before graduation. She learned she was a semifinalist in January.

The flagship international educational exchange program operates in over 160 countries. It is sponsored by the U.S. government and is designed to build lasting connections between the people of the United States and other countries. Recipients are selected on the basis of academic and professional achievement, as well as record of service and leadership potential in their respective fields.

Heist will be placed at a Brazilian university for nine months where she will help college students learn English. She will receive her official placement later this year.

“Many colleges want a native English speaker in the classroom so that students gain a better understanding of the language and culture,” she said.

During her time at Liberty, Heist earned degrees in both English and Spanish and was a part of the Honors Program. She said both academic programs gave her the experience to prepare her for living in another culture.

“The Department of Modern Languages was good to me,” she said. “I came to them with unorthodox ideas (for my thesis) that they let me pursue. Those unconventional risks helped me and pushed me to do things outside of my comfort zone, like applying for the Fulbright grant.”

Heist recently accepted a job at Liberty Christian Academy in Lynchburg, Va., teaching introductory Spanish to middle and high school students. While in Brazil, she plans on incorporating technology to keep in touch with her students and teach them about the culture. She is hoping to purchase a GoPro to create videos for her students.

“It will be like a virtual field trip,” she said. “I’ll be visiting historical sites, and they’ll be able to see those places, rather than just reading about them.”

But the most important lesson she wants to impart is how valuable it is to learn a foreign language.

“A lot of the time I hear from students that they’re only taking Spanish because their parents want them to have an advanced high school diploma,” Heist said. “But being fluent in a language can open so many doors and show you how big the world is. I want them to see what an opportunity it is. Maybe they can end up traveling and teaching like me.”

Heist encourages all Liberty students — no matter their major — to consider applying for the Fulbright grant and learning about the opportunities available.

“The surest way to not get the Fulbright grant is to not apply,” she said. “You have no idea what doors God can open.”

Another 2017 alumna, Katarina Bouton, received a Fulbright grant to teach English in Spain. She leaves in September.

Two Liberty professors have received Fulbright grants in the past, including a philosophy professor who studied and taught in Romania and a public health professor who conducted research in Ireland.