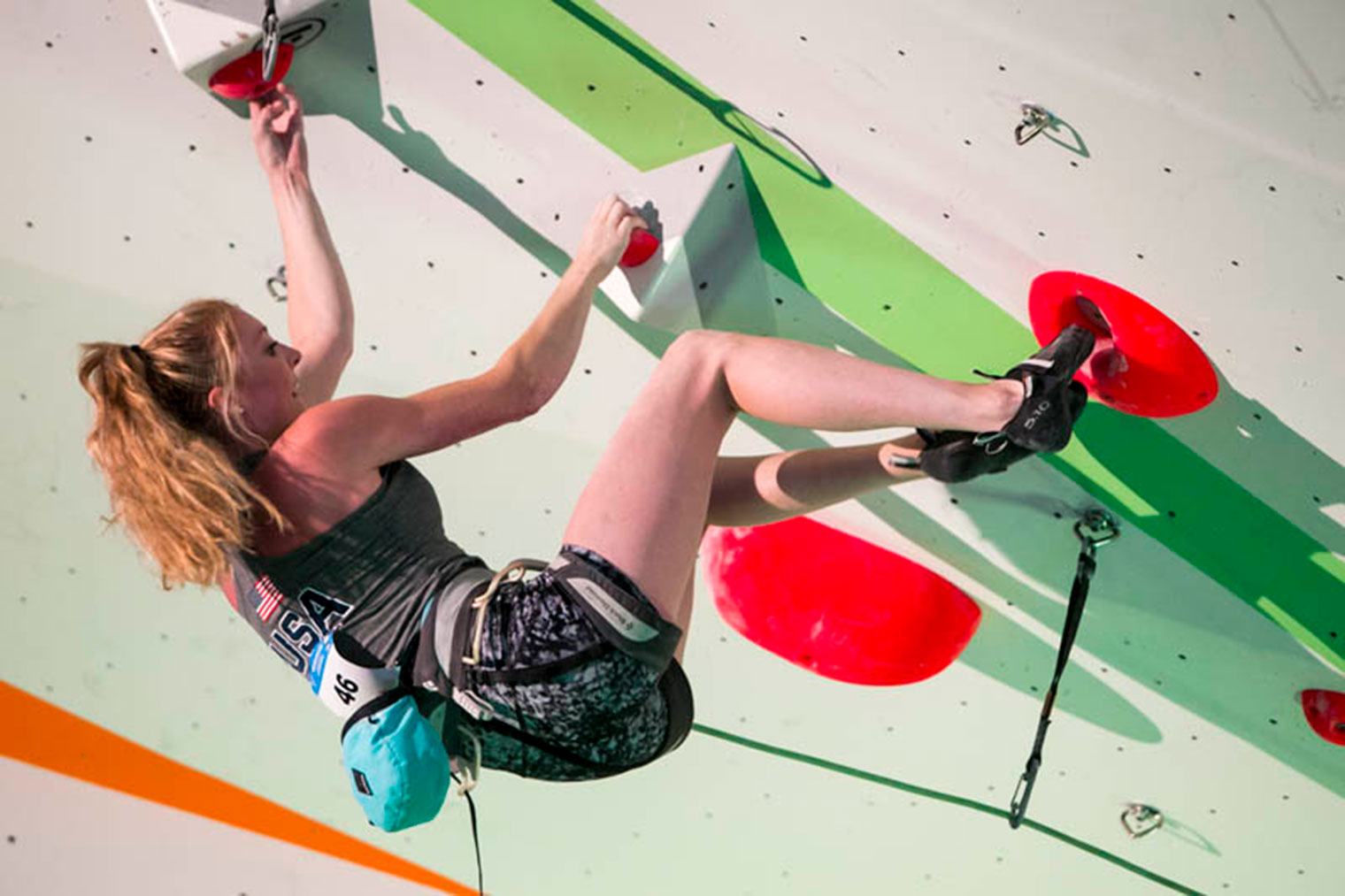 Rising Liberty University junior Tori Perkins has traveled across the country and around the world, visiting more than 30 states and three continents — Asia, Africa, and Europe — to pursue her passion for rock climbing.

“That’s one of my life goals, to visit all seven continents and all 50 states,” said Perkins, who competed in the 2015 and 2016 Youth World Championships in Italy and China, respectively, and has taken trips to France, Greece, and South Africa with USA Youth Rock Climbing Coach Claudio Vidulescu of Romania.

Born in Los Angeles and raised near Atlanta, Perkins has climbed sites up and down the East Coast as well as out West — at Yosemite National Park in California, Red Rock Canyon in Nevada, and Arches National Park in Utah.

“Out in nature, I feel closer to God and I see Him through (His creation). It’s just so beautiful,” she said. “Especially when I get to the top of the climb and see how big the world is compared to me, it’s really humbling.”

Traveling as a representative of the Lady Flames’ rock climbing team, one of Liberty’s 41 Club Sports programs, Perkins was the only American to reach the women’s sport climbing finals at the International Federation of Sport Climbing (IFSC) World University Championships in Bratislava, Slovakia, June 20-23.

“I’ve been to three youth international climbing competitions, but this was my first time at collegiate world championships,” said Perkins. “It was an amazing experience to climb with super strong athletes from around the world.”

In the finals, she competed against four climbers from France, two from Japan, and one from host Slovakia. Competitors were allotted six minutes to complete their lone climb attempt. Perkins made 32 successful moves before falling, finishing tied for sixth. In all, she was one of seven Americans to finish in the top 10 in the competition’s six divisions.

“I don’t think there were many other Christians on the trip, so it was great to be able to shine a light to whomever I was able to interact with and to bless others around me,” Perkins said. “It was a good group, and we had so much fun. Everyone was super encouraging and the U.S. team spirit was incredible.”

Perkins had envisioned making a bid to represent Team USA as one of 20 members (10 men and 10 women) for the 2020 Summer Games in Tokyo, Japan, where rock climbing will make its Olympic debut, but has put that dream on hold as she pursues a degree through Liberty’s School of Nursing.

“I’m determined to work hard and maintain a good balance between climbing and my studies, as I am really excited to be in the nursing program,” said Perkins, who will spend her junior year shadowing professionals in the field and determining if she wants to become a surgical nurse or nurse anesthetist.

Regardless, she plans to stay active in the sport, competitively or recreationally, for the rest of her life.

“I want to climb forever,” Perkins said. “The nice thing about climbing is there’s always something harder out there. There’s always a harder grade and you can always push yourself.”

With tremendous support from her teammates and coaches, Perkins has accelerated in a sport that has a steep learning curve.

“Climbing, for me, it's my passion,” she said. “I love competing. There’s a lot of camaraderie and spirit that comes with the sport.”

In April, she traveled with team manager Corey Messer and two teammates to Morocco in northwest Africa. There, they participated in a bouldering festival in the High Atlas Mountains, staying at a ski resort at 9,000 feet elevation and encountering climbers from Australia, Europe, and throughout Africa.

“Morocco was amazing,” said Perkins, who would like to return with Liberty teammates for future trips there as well as to the 2020 World University Games in France, following her senior year.

A week after the Morocco trip, Perkins placed second in the women’s sport division as Liberty’s first representative at the USA Climbing Collegiate Nationals near Houston.

In February, she will attempt to qualify for next June’s bouldering World Cup in Vail, Colo., where she competed in the youth division last summer.