Perkins ascends to second in women’s Sport at nationals

Lady Flames freshman Tori Perkins qualified for finals in second place on Friday out of 106 competitors in the women's Sport division and held her position to finish runner-up out of 26 finalists on Saturday at Momentum Indoor Climbing in Katy, Texas.

Perkins finished behind only Stanford's Katie Lamb and immediately ahead of SMU's Grace McKeegan, Vermont's Lily Canavan, and fifth-place Hannah Tolson of Gonzaga on the final leaderboard. She earned 90 team points which put Liberty in 23rd place out of 70 scoring teams.

"It was fantastic," Liberty Head Coach Elliot Gaunt said. "Tori had an exceptional performance and placed second overall by literally inches. The girl that won just grabbed the next hold," before falling at the same spot as Perkins did moments earlier.

Complete results are available on the USA Climbing website.

Watch a video replay of Perkins competing in the Sport division finals.

The top five competitors in each discipline qualified to compete in the World University Games' Sport Climbing Championship, set for June 20-23 in Bratislava, Slovakia. This past summer, before arriving at Liberty for the start of her first year on campus, Perkins finished fourth in the female sport climbing division at the International Federation of Sport Climbing (IFSC) Youth World Championships in Austria. 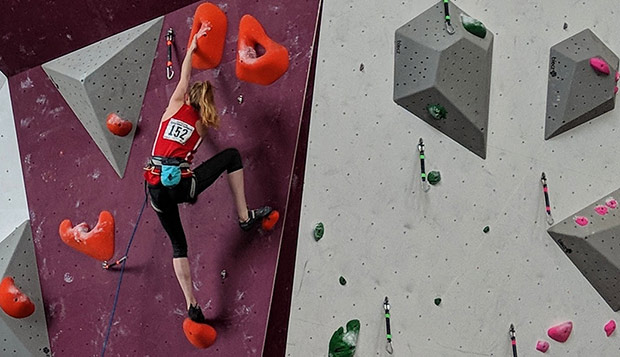