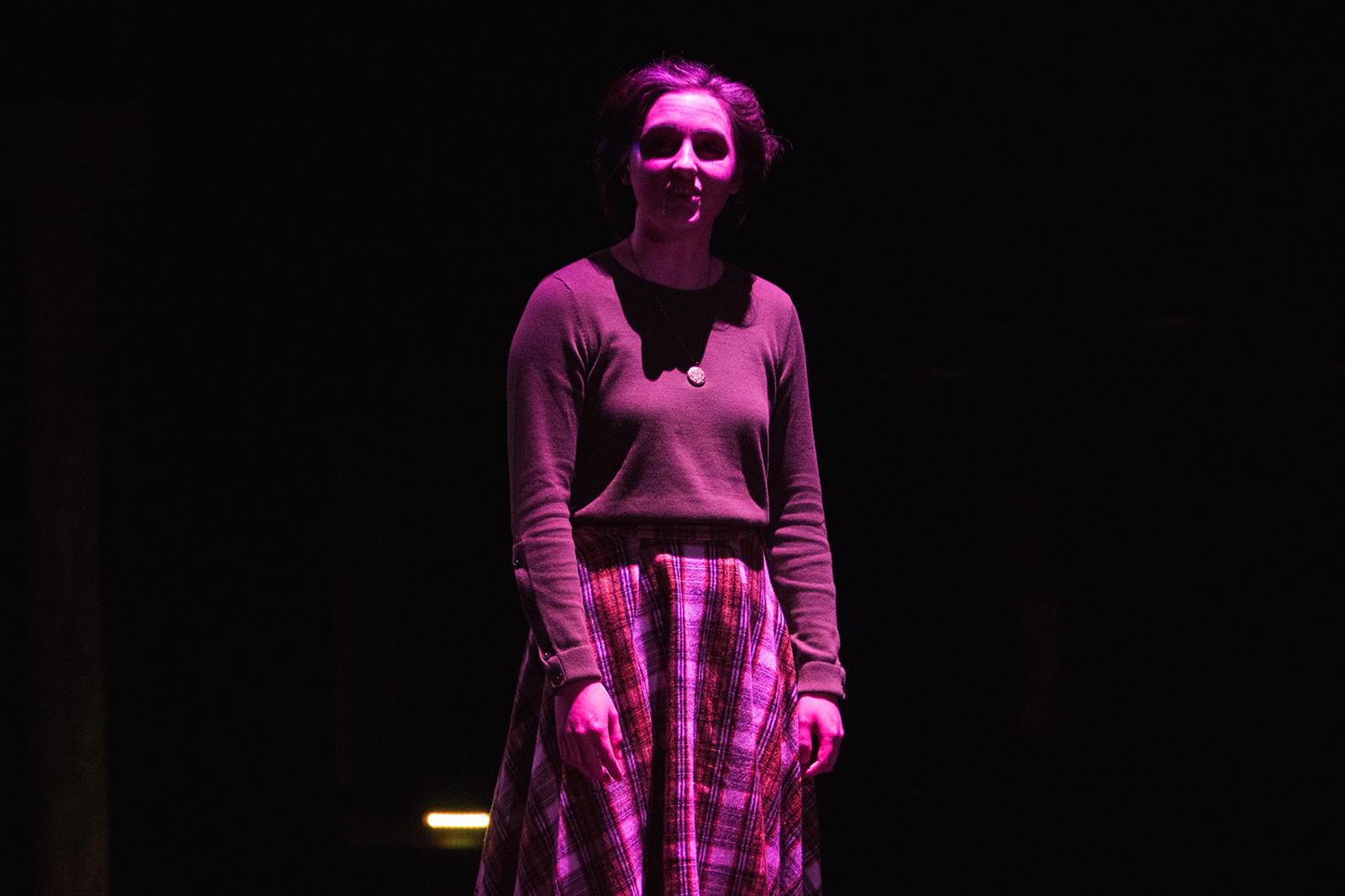 More than 90 years ago, Carrie Buck, a local woman, gained national recognition after her case involving forced sterilization was brought before the U.S. Supreme Court.

This weekend, the Liberty University Department of Theatre Arts will bring Buck’s story to life with its performance and the Virginia premiere of “Kin” in the Box Theater.

The stage play is based off the events surrounding Buck vs. Bell, in which the Supreme Court ruled that a state statute permitting the sterilization of people deemed intellectually disabled, without their knowledge or consent, did not violate the due process clause of the Fourteenth Amendment of the U.S. Constitution. (Virginia’s eugenics program ended in 1979.)

More than 8,000 people were sterilized in Virginia between 1924 and 1979, including Buck’s mother and sister. For a time, Buck lived at the Virginia State Colony for Epileptics in Madison Heights, about 15 minutes from Liberty’s campus. The colony served as a home for some of Virginia’s poorest and uneducated who were thought to contaminate the public.

Through a series of flashbacks, the audience follows the events leading up to the trial. 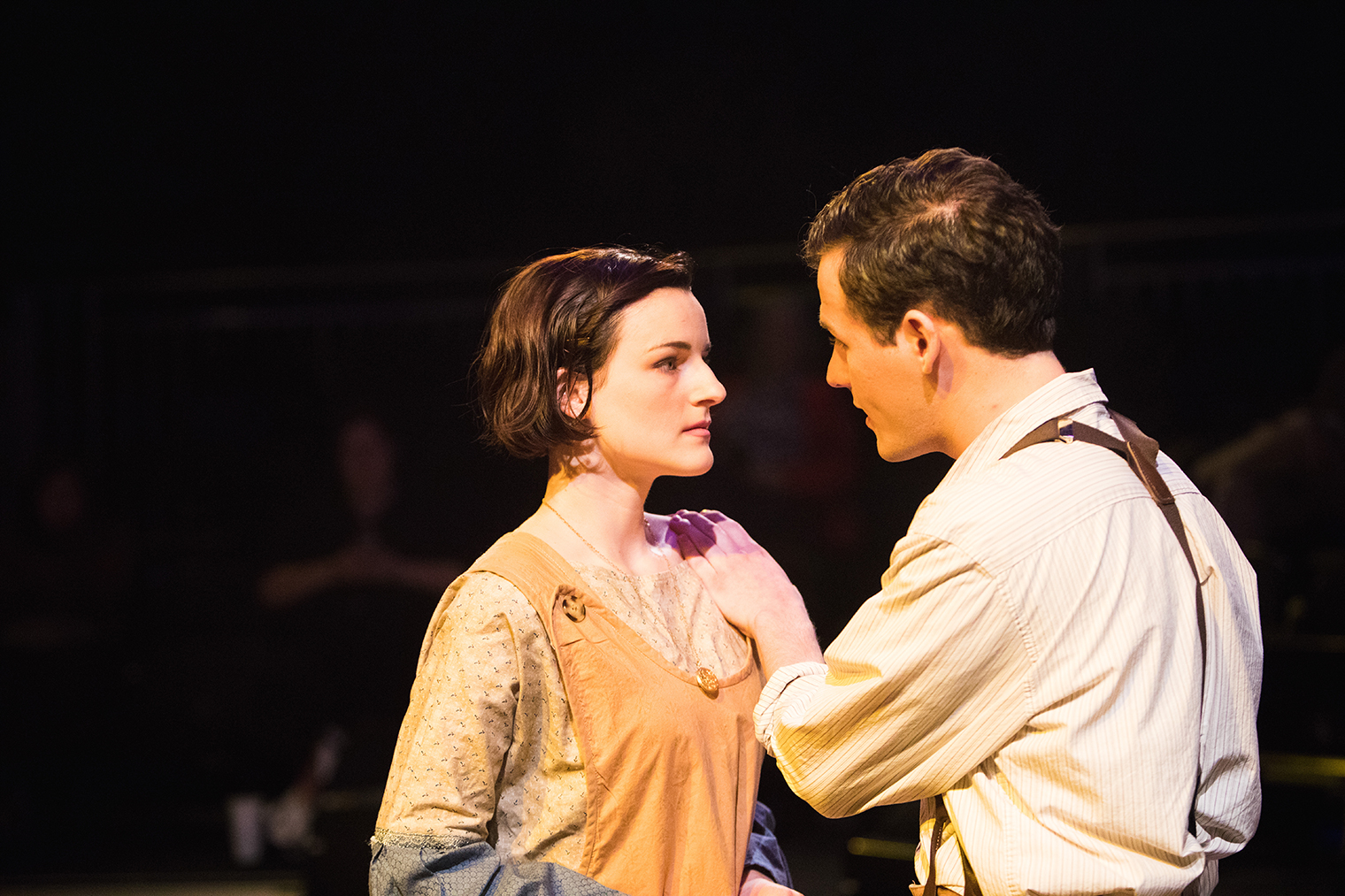 “This is a powerful and significant story,” Associate Professor Neal Brasher said. “There were thousands of people like Carrie Buck who were sterilized around the country during this time period. ‘Kin’ serves as an important reminder of our history and how we cannot allow something like this to happen again.”

Brasher said that some people have likened the eugenics program to the acts of the Nazi regime, but the United States had a similar dark time in its history.

“Carrie’s story calls for self-examination of what we do in the name of humanity,” Brasher said. “It shows that we need to value individual life and the damage it causes when we don’t preserve it.”

Brasher said the intimate, in-the-round format of the Box Theater will maximize the emotional impact of the show.

Freshman Esther Eaton plays Buck’s mother, Emma, as well as Caroline Wilhelm, a Red Cross nurse and witness in the trial. (Emma Buck is buried on the former colony property.)

“It’s an interesting perspective to play two different women,” Eaton said. “You specifically have to think about how differently each one moves, acts, or speaks.”

In preparation for the play, many of the 13 cast members traveled to the site of the colony, which is now the Central Virginia Training Center, an assisted living community for people with disabilities. Many of the colony’s original buildings are still standing.

“Seeing those buildings was just haunting,” Eaton said. “It’s a stark reminder of the history and what happened there.”

Visiting the property also allowed for the cast to be rooted in Buck’s story.

“When I’m walking on stage, I know exactly where I am,” Eaton said. “I don’t have to guess or imagine where these places are. I was able to see them firsthand.”

Sophomore Laura Falcione, who plays Carrie Eagle (Buck’s older self), said learning about the eugenics movement was enlightening and surprising.

“It’s not something that you learn about in school,” she said. “Knowing what Carrie went through motivated me to want to tell this story and this part of American history.”

Falcione was able to connect with a sterilization victim and North Carolina resident named Elaine.

“We talked on the phone, and I was able to hear her story,” Falcione said. “It was eye-opening and put this story into perspective because this was someone who went through it.”

Despite the tragedy in Buck’s life, Falcione said there is a redemptive message weaved into the story.

“We see Carrie’s willingness to relive and think about the past, especially the not-so-great things,” Falcione said. “I see that as admirable. From a Christian perspective, we know that God can redeem the darkest moments in our lives. I think people can walk away from this play not feeling down about these true events, but saying, ‘Wow, I want to make sure that never happens again.’”

This is not the only story about Central Virginia women that the department will bring to life. Students from an all-women’s writing group are currently writing and developing an original play focused on the women who lived and worked in the Blue Ridge Mountains during the mid-1700s to mid-1900s. The play (with music) is planned to open next fall.