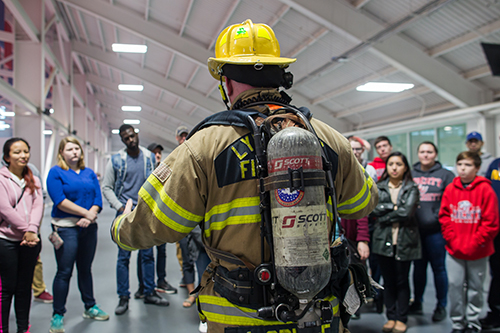 Liberty University’s Forensic Science program, under the Department of Biology & Chemistry, gathered groups of students and members of local first responder agencies at the Liberty Indoor Track Complex on Saturday to host its third and largest to-date bioterrorism attack simulation.

The simulation is held each academic year and gives students from different degree programs insight into the first response procedures for a bioterrorism attack. Participants had to locate a biological and chemical agent (the simulated threat) with the help of various first responder agencies. Students and faculty from nursing, public health, forensic science, criminal justice, and biomedical sciences, also learned how their specific knowledge can be applied to assist in the decontamination. 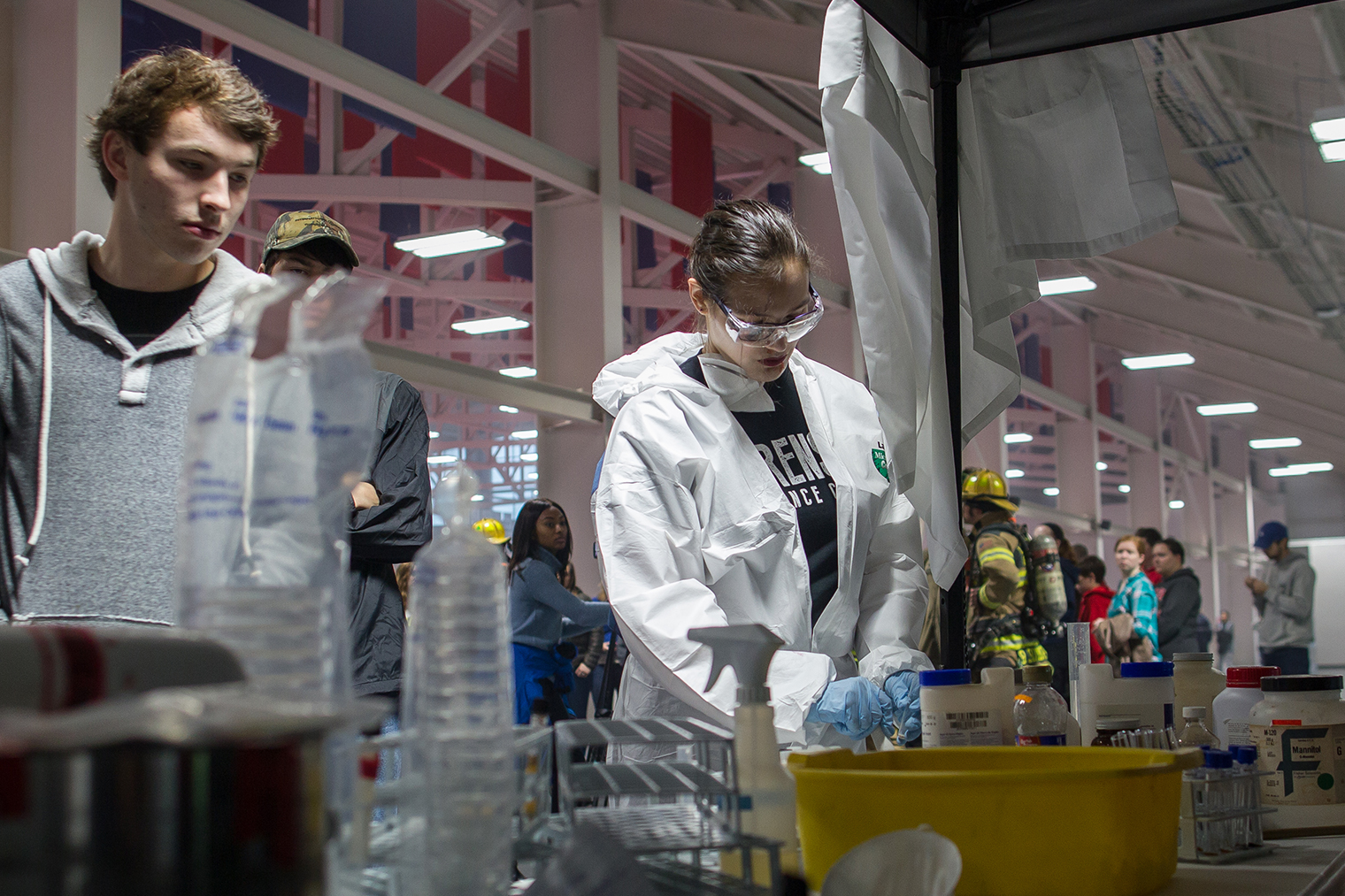 “There’s a lot of different students here,” Richards said. “In a real-life scenario of this kind, we would need each one of those disciplines to have their experts weigh in on what is actually happening.”

Fog machines dispensed a cloud from under the bleachers to simulate the airborne spread of the Ebola virus and anthrax bacteria. A fake laboratory for a mock terrorist cell allowed students to observe how terrorists weaponize the disease. Several injured and captured “terrorists” were removed from the site. Some students posed as victims while nursing and biomedical students assessed their symptoms.

Members from the Lynchburg Fire Department and the U.S. National Guard educated students on the responsibilities of each response agency during a real-life attack. Students viewed mobile laboratories set up by first response agencies in the parking lot, learning how data is analyzed when determining the agent and identity of the disease. Other agencies taking part in the simulation included the Liberty University Police Department, the FBI, the 34th and 229th U.S. National Guard units (from Blackstone and Rocky Mount, Va., respectively), and the Monelison Volunteer Rescue Squad of Madison Heights, Va. 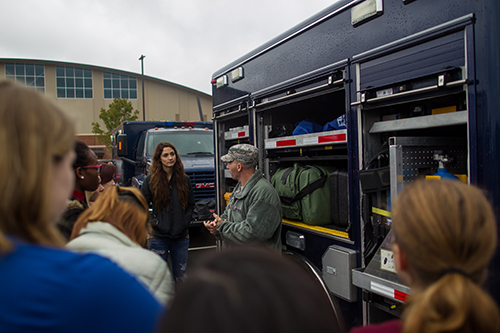 “It helps us learn to be proactive in this kind of setting,” nursing student Johanna McCollum said. “Otherwise, we may be just standing there watching it all when something like this really does happen. With this simulation, we have been able to see what might happen and what it might look like, so we will be able to be more helpful in the moment.”

Volunteers and faculty from the various departments instructed students on the different factors that would be at play during a live scenario, comparing the results of the simulation to what has happened in past real-life bioterrorism attacks. McClintock shared the example of the 2001 anthrax attack on the U.S. Senate Hart building in Washington, D.C.

He said he believes the hands-on experience that students received will be significant in the coming years. 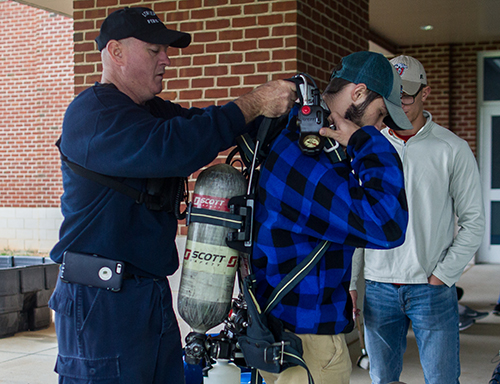 “I think this generation is going to have to deal with bioterrorism, so the training is to allow the students to see the different responders who come to such a horrific event,” McClintock said. “They get exposure to the different skillsets, and it allows the different agencies that respond to train in a non-threatening environment.”

Liberty’s Department of Biology & Chemistry strives to continually offer its students hands-on experience that is relevant to their future careers. Earlier this semester, students participated in a simulated crime scene investigation on Liberty’s wooded mountain property as part of a forensic entomology class, where they learned how to use insects as evidence.