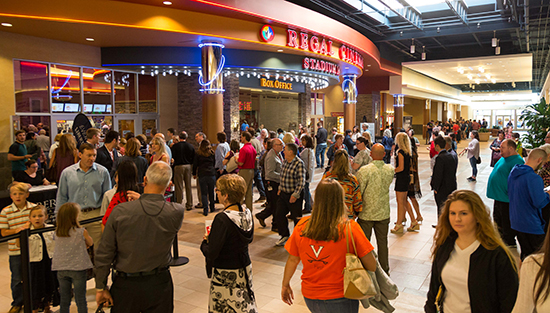 The red carpet was rolled out at the Regal River Ridge Stadium 14 Thursday evening in Lynchburg as Liberty University celebrated the national theatrical release of “Extraordinary,” produced by the Cinematic Arts, Zaki Gordon Center in collaboration with Working Title Agency. Actors from the film posed for photos with students and members of the community who showed up in droves — 13 screens held sold-out 7 p.m. showings of the movie, followed by two encore screenings later that night. Meanwhile, several recent cinematic arts graduates bathed in the shining, golden lights which illuminated dozens of “Extraordinary” movie posters lining the lobby. More than 400 theaters from Alaska to Florida debuted the film through Fathom Events to a nationwide audience of tens of thousands of people.

“I am probably going to cry when the credits roll,” said Austin Stumvoll, who graduated from the cinematic arts program in May. “I was lucky enough to be able to work with this from pre-production, when this was a black-and-white piece of paper, to what you see on the screen today.”

Stumvoll said working on “Extraordinary” opened doors for him and his classmates to work on film projects this summer. He has had only three days off since graduation.

“Being able to work on (‘Extraordinary’) has changed my life dramatically,” he said, noting that coworkers on other sets continue to be amazed by him and his classmates. “They could not believe (we) just graduated from film school.”

Stephan Schultze, executive director of Liberty’s Cinematic Arts Department, said that each of the program’s four films have upped the game for the university. Last year, “God’s Compass,” won best screenplay at a film festival and enjoyed a cable television debut followed by a nationwide DVD release by Sony Pictures. Now, Liberty has made it to the silver screen.

“Less than 1 percent of the films that get made actually make it into theaters,” Schultze said. “For movies in general, this is huge. But to know that there were a lot of students that worked on this, that brought it to the level to get a theatrical release is significant. This is the first movie in cinema history that has been student-driven and had a national theatrical release.”

Before the lights dimmed and the film rolled, Scotty Curlee, an assistant cinematic arts professor and the director/co-writer of “Extraordinary,” told his former students in attendance to relish the moment.

“You have not only made Liberty University history, you have made cinema history,” Curlee said. “As you sit here, know that tens of thousands of people are watching your movie in theaters all across the United States of America.”

Cinematic arts graduate Joseph Marston (’17) beamed after the lights came up at the conclusion of the movie, where his name had scrolled up with the credits.

“It was awesome,” he said. “This is something I have wanted to do as a filmmaker for a long time. It was an important moment in my journey as an artist. … In the industry, people work up to that; it takes a long time. To have that as part of your educational experience is next-level, something incredible.” 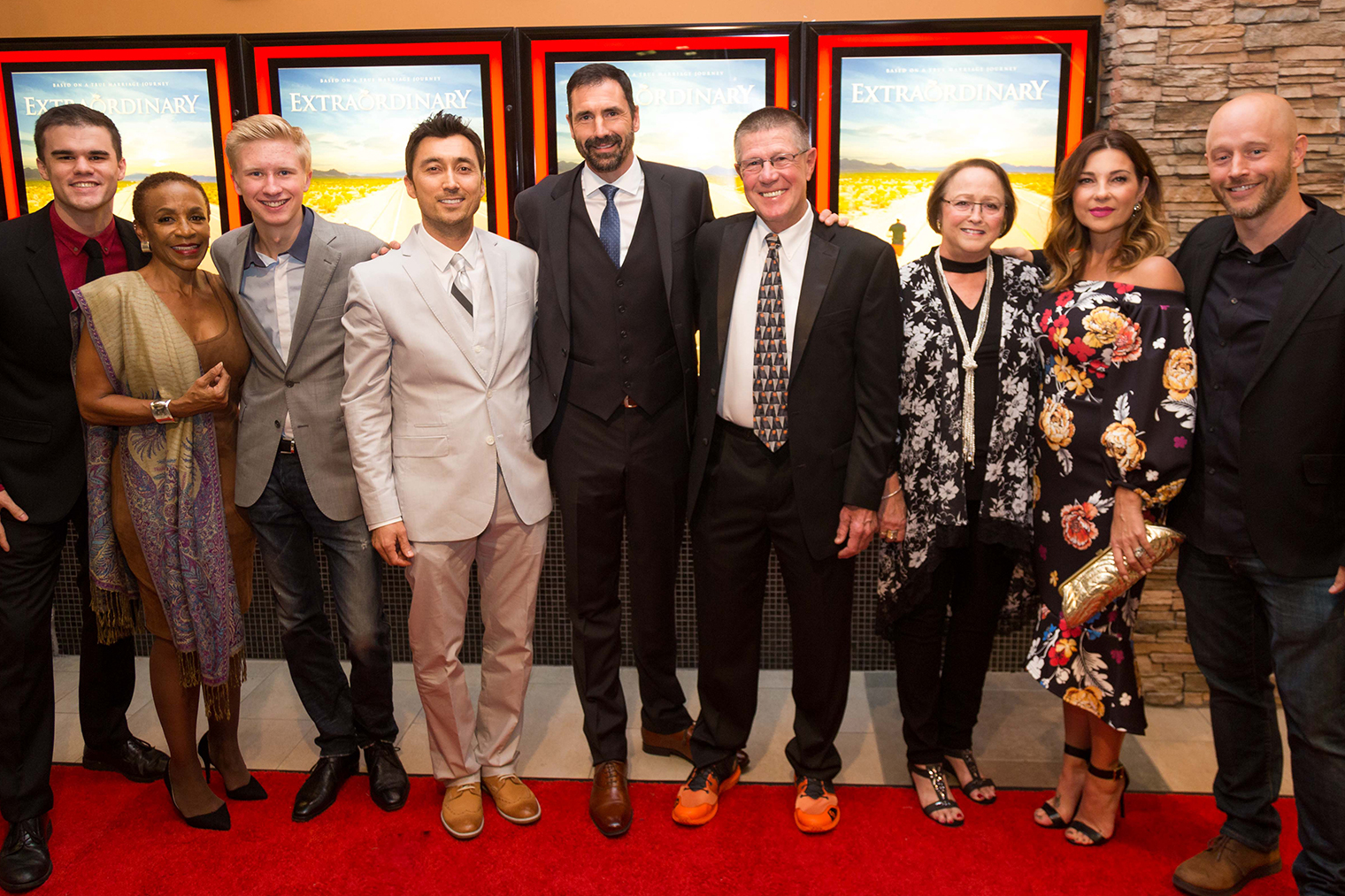 “Extraordinary” is based on the real-life experiences of acclaimed ultra-marathoner and longtime Liberty professor Dr. David Horton. The story centers on his experience running the Trans-America Footrace, from California to New York, and the toll that chasing his personal legacy took on his family, especially his wife, Nancy.

Dr. Horton, now in his 39th year of teaching at Liberty, could not believe his story was put to film, even as he watched it unfold before his eyes on the big screen.

“It seemed like (this was happening to) somebody else,” he said. “It was special. I thought it was a very good movie.”

The actors who worked on the picture appreciated the professionalism of Liberty’s students.

“Doing this film was a breath of fresh air,” said actor Chris Ashworth. “I got to know so many students, they got to pick my brain and I got to pour into them. We have an eternal perspective as believers, and I (was able to) use the talents that God gave me to help somebody else.”

Karen Abercrombie, known for her role in the box office hit “War Room,” has now starred in two Liberty features (“God’s Compass” and “Extraordinary”) and said she looks forward to many more.

“I have enjoyed working on (Liberty’s) sets more than most,” she said. “Working here with all of the young kids, anxious and excited to learn … it is just refreshing and encouraging; it gives me hope for the future.”

Shari Rigby (known for “October Baby”), who portrayed Nancy Horton in the film, said that she has developed relationships with some of the students she worked with on “Extraordinary” and is mentoring them and helping them make connections in Los Angeles.

“You see these kids taking on the entertainment business and exceling at it,” she said. “It is really cool to see how much energy they brought to us; we thought we were coming in to teach them something and the reality is they taught us just as much. I think they are going to be knocking film and television out of the ballpark before we know it.”

Leland Klassen, who played David Horton, added that it was exciting to impact lives while also making a movie.

“We get to be a part of not just a great story, but a part of speaking into lives,” he said. “We are at the start of something; who knows what the students are going to go on and do.”

“Extraordinary” will release on DVD through Universal Pictures Home Entertainment later this year. Visit ExtraordinaryMovie.com for the latest information.