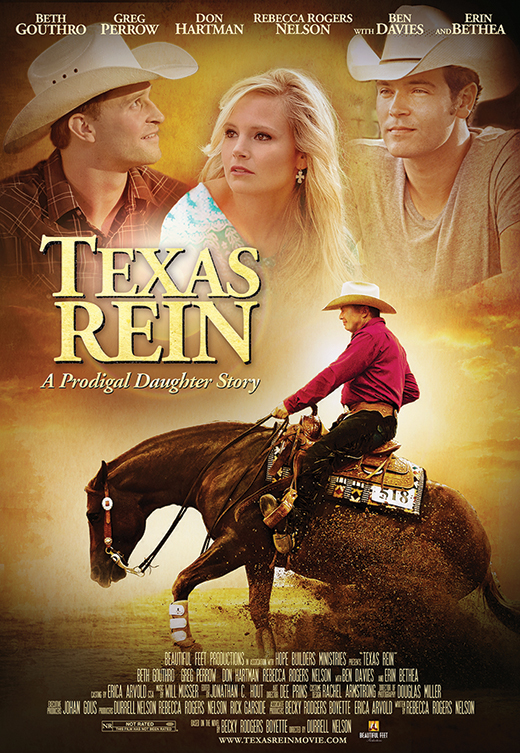 “Texas Rein,” a feature film that was directed and produced by Liberty University assistant professor Durrell Nelson and included the work of several cinematic arts students and graduates has garnered a handful of awards and nominations from film festivals across the country.

The film was recently honored by the Broadcast Education Association (BEA) as the “Best of Competition” winner in the narrative video category. Honors also include best director (Nelson) and best supporting actress (Erin Bethea, “Facing the Giants,” “Fireproof”) at the Great Lakes Christian Film Festival. The film also earned a Bronze Telly Award for non-broadcast productions – religion/spirituality, a Winnie Award from the EQUUS Film Festival in New York, and best director and best actress nominations from the International Christian Film Festival. The film was an official selection at the Richmond International Film Festival, one of the largest international competitive film festivals in the mid-Atlantic.

“Texas Rein” celebrates family and the hope of second chances, telling the story of a prodigal daughter, Cassie. An ex-rodeo queen-turned-single mom, Cassie is drawn back into the world of competitive horse reining when she sees her father’s prize-winning quarter horse. As Cassie develops a relationship with a handsome horse trainer, she is challenged to let go of her past, to forgive, and to reconcile. 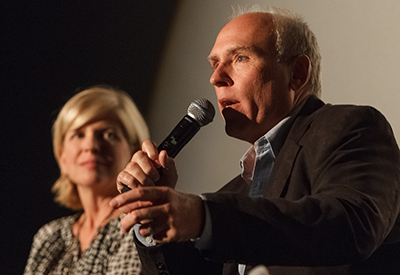 The screenplay was written by Nelson’s wife, Rebecca Rogers Nelson, which she based on a Becky Rodgers Boyette novel of the same name. “Texas Rein” was the first full-length feature produced by the couple’s company, Beautiful Feet Productions. They are currently in negotiations with a major distribution company for the film.

To ensure the horse stunts were authentic, some of the top wranglers in the world helped with the riding and served as doubles. The film was appreciated in the reining community, joining the EQUUS (a festival celebrating artistic depictions of horses) 2015 winner’s lineup and was featured, by request, at a number of horse shows. It was also shown at Liberty’s annual Premiere Weekend film festival last fall.

Nelson, who has been in the entertainment industry for 30 years as a stuntman, actor, writer, director, and producer, said that about 75 percent of the film’s crew were from Liberty, including many graduates serving in their first paid position in the field. 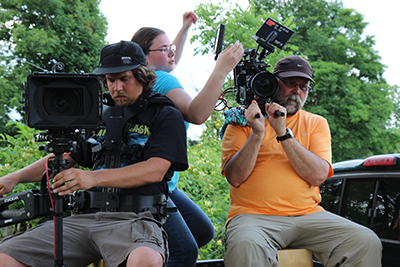 “It was amazing to work with students,” he said. “To be out there on the set with these guys, being able to share the journey of my career life, mixed with my faith life, and to hear how God was working in their lives was such a wonderful opportunity.”

Marissa Scalzo (’14) said that while “Texas Rein” was her first paid position on a film set, her experience at Liberty, which included working in two positions for a feature film, prepared her for the job.

“I had done so much in school, so it was an easy slide working in the industry; it wasn’t a huge leap,” she said. “Everything behind the scenes I had already covered in school, so there really weren’t that many surprises. I think the cinematic arts program prepared me well for jumping on set.”

“Texas Rein” was filmed in the summer of 2014, right after Liberty graduated its first class of cinematic arts students.

Scalzo worked as a second AC (assistant camera) but had an opportunity to fill the first AC position for about a week. She also got to contribute some footage to the film that she had captured herself for a separate project. 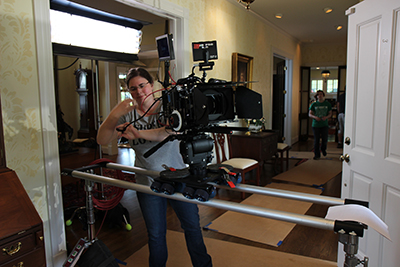 “There is no feeling like seeing your name scroll through credits. It still gives me goosebumps, even seeing certain shots that I remember on set, like little takes here and there,” Scalzo said.

The story resonated with Scalzo, a horse lover who enjoyed spending time at Liberty’s Equestrian Center.

“Working on a project where I get to work with my favorite animal and tell a story — and it’s an important story too — is really cool. It’s neat to be part of a project like that.”

Ian Miller (’14) had been working on film sets well before his time at Liberty, since he was 14, but had his first opportunity to fill a leadership role on the set of “Texas Rein” as key grip (in charge of the camera equipment).

“Liberty helped me to be confident enough to go into any situation and hold my own,” he said. “I’m not going to know everything, but it taught me the skills to figure out and ask questions and know how to interact with people on set.”

Liberty's faculty/student-produced radio drama also won a Best of Competition award (in the long-form audio category) from the BEA this year.