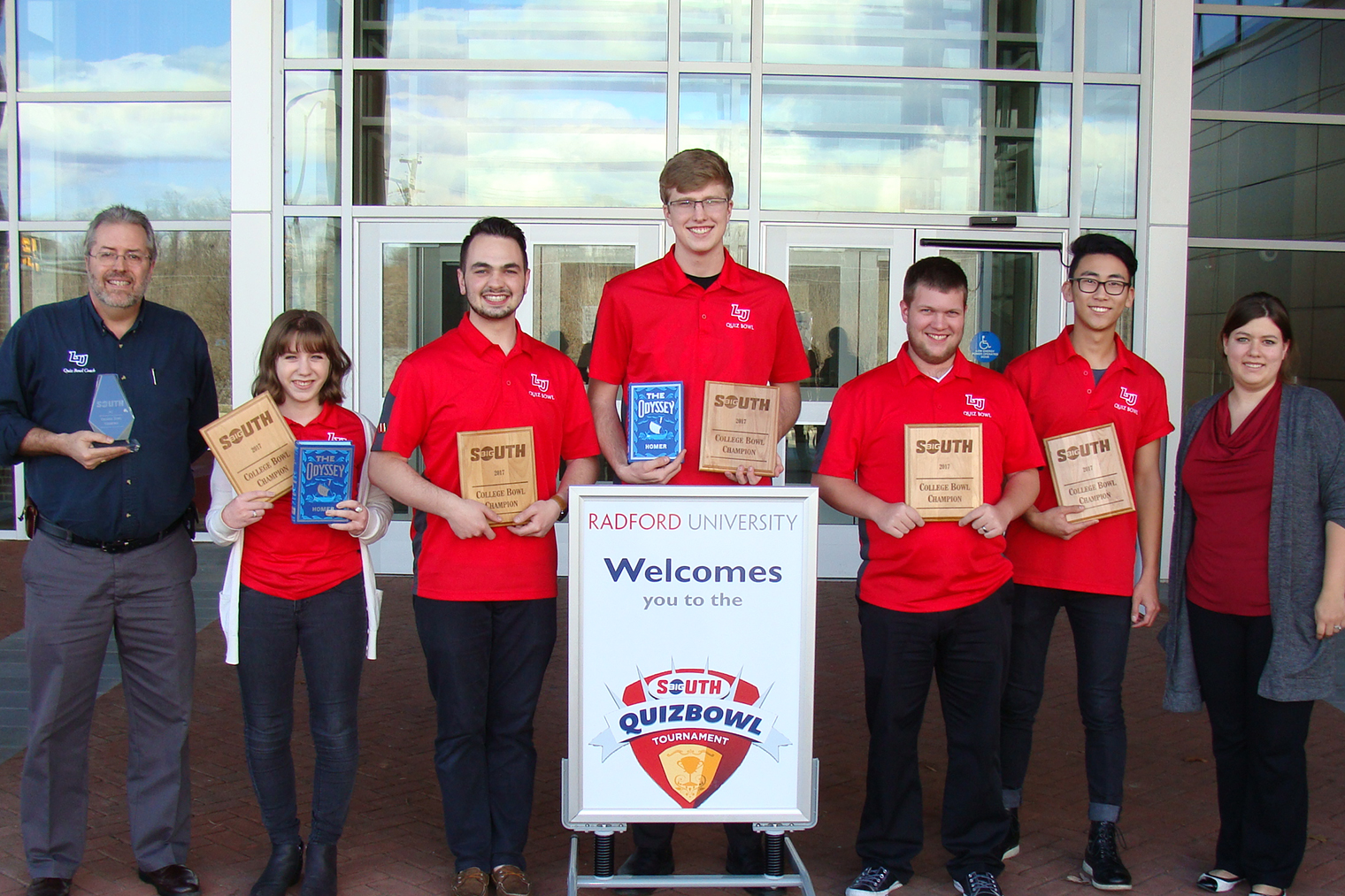 After opening the tournament with a 190-point victory over 2014 champion High Point University, Liberty achieved its first shut-out in a dozen years of competing when it beat Gardner-Webb by a score of 500 to -15 (in Quiz Bowl, a player can be penalized five points for answering a question wrong before the question has been completely asked). Liberty then beat host Radford 235-155 before topping Longwood 320-125 in the final round.

Quiz Bowl Head Coach Dr. Jim Nutter noted that the team competed without its senior captain, Mikah Sauskojus, who was not able to attend due to a job interview.

“Mark Whitten, our new captain, stepped up and captained the team like a veteran, even though this was his first tournament doing so,” Nutter said. “He joined a pretty select list of LU captains who led their teams to an undefeated Big South Conference championship.”

Liberty’s season will conclude with the Roanoke Classic invitational tournament on March 25. Though the team did not qualify for nationals, it racked up several impressive wins over the course of its season, defeating teams from Georgetown, Virginia Tech, Johns Hopkins, North Carolina State, Wake Forest, and the University of Virginia.

Quiz Bowl, often called “the varsity sport of the mind,” is part of Liberty’s rigorous Honors Program and includes players from a variety of majors. Competitions resemble the game show “Jeopardy!,” with teams buzzing in to answer questions on literature, history, geography, government, the sciences, math, art, popular culture, and sports.