TobyMac returns to his alma mater as Convocation guest

Before kicking off the first night of his new tour in Roanoke, Va., Grammy Award-winning artist and Liberty University alumnus TobyMac swung by Convocation on Wednesday to treat students to a mini-concert and share the wisdom he’s learned in his famed career.

Performing with his DiverseCity band, TobyMac (Toby McKeehan) sang songs off his new album, “The Elements,” which was released earlier this month, and throwbacks such as “Made to Love” and “Lose My Soul.”

A 1988 graduate, McKeehan began his music career at Liberty, forming the band dc Talk with classmates Michael Tait and Kevin Max. Since graduating, McKeehan has come back to campus several times for concerts, but Wednesday marked his first Convocation appearance.

“It’s great to be back,” McKeehan said.

After the set, he sat down with Vice President for Spiritual Development David Nasser for a short Q&A. 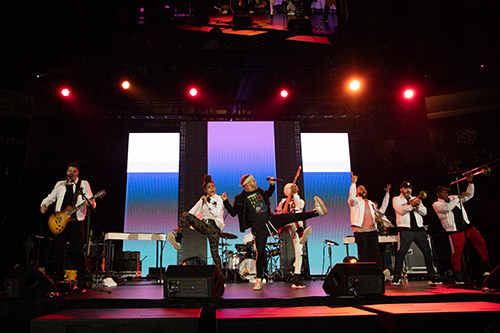 McKeehan said he had no desire to pursue music as a student; he was studying political science and aspired to become a professional golfer. He credited Liberty with jumpstarting his career path, thanks to the people he met and the professors who poured into him as a student.

“College is such a pivotal point in your lives,” he said. “I would just encourage you guys that whatever you’re thinking you’re going to do now, God might end up giving you a different plan. Be open to that because He could switch things around, and it could be so dope.”

When he met Tait and Max, McKeehan was starting to write pop songs, which slowly formed into future songs for dc Talk. Over his decades-long career, McKeehan has released eight albums and written more than 100 songs. But all of that would be meaningless without God, he said.

“When I walk in the studio, even though I’ve written a lot of songs, I still walk in a needy man,” he said. “I still say, ‘God, hollow me of myself. Hollow me of me and the junk that would get in the way of Your way.’”

During his talk, McKeehan shared about his own struggles, which he reflects on in his new album.

“I think I learned a long time ago that when I write from a fictional perspective, it doesn’t resonate with people,” he said. “I think an artist my age should be offering depth and wisdom because I’ve journeyed, so I owe it to you to offer you something if you listen.”

He encouraged students to understand what it truly means to be a servant of the Lord and to wait on the Lord’s timing. 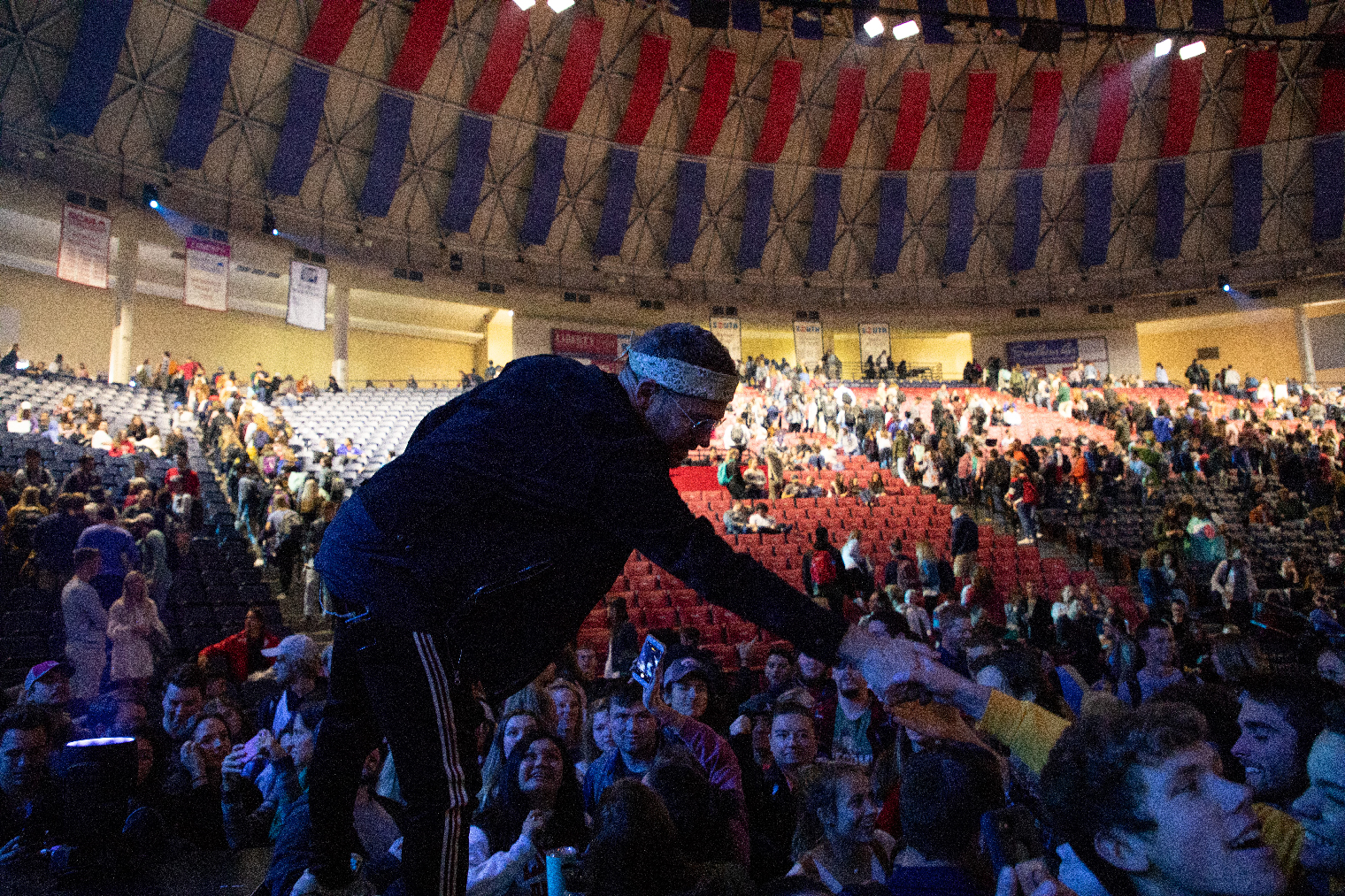 “I know you guys are young and ready to do your thing, and I get it, but a servant waits,” he said. “When He (God) gives you a job, He’ll open the doors. You won’t have to kick them down. I tell everyone who asks me how I made it in the music business that I never had to kick any doors down. There’s nothing wrong with going hard, but God opened doors, and I was willing to step through them. He’ll open the right doors if you’re a servant.”

After Convocation, McKeehan took time to meet with students and pose for pictures.