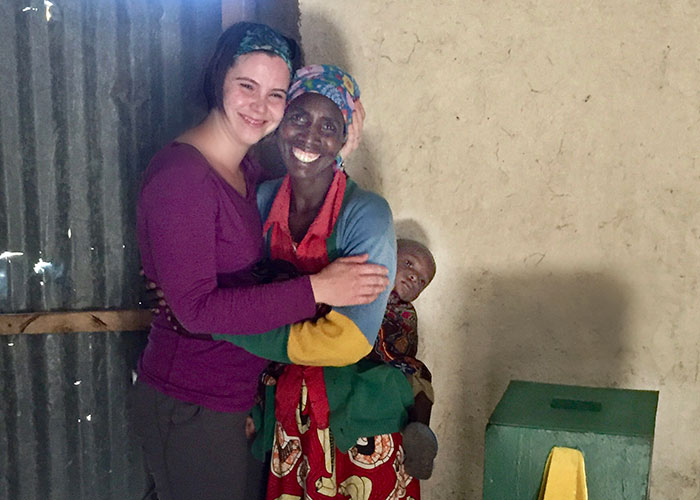 About eight years ago, Beth O’Connell was conducting undergraduate research in Rwanda, where she immersed herself in the small village of Cyegera to better educate Rwandans on the importance of community health.

Every summer since, O’Connell, now an assistant professor of Public and Community Health at Liberty University, has made the same trip to further her research and test water filters that she helped to install in homes. In May, she made the trip again, only this time she brought three of her students.

The trip was funded by a grant from Liberty’s Center for Research & Scholarship, which coordinates and supports ongoing research initiatives for both faculty and students. The grant allowed for eight new biosand filters to be installed in homes around the village over the three-week trip.

O’Connell first began her work in Rwanda in 2009 as an undergraduate student at East Tennessee State University. She spent several weeks living at the Faith and Hope Home Care children’s home in Cyegera, witnessing how diseases were transmitted, especially in children, through unclean water sources. She helped install the village’s first biosand filters and taught the people how to maintain them. 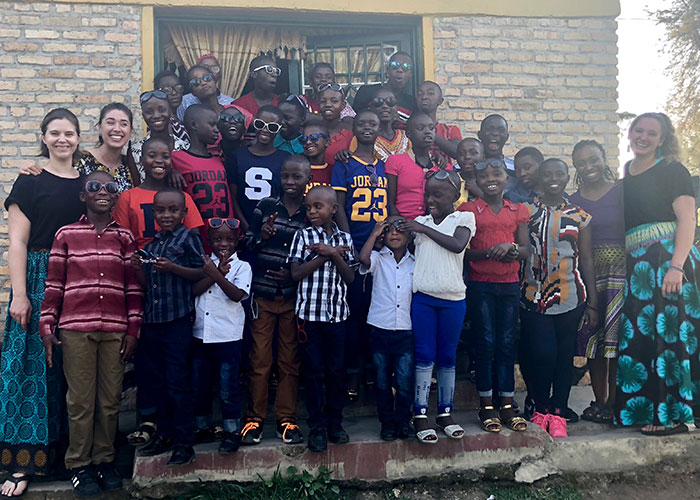 “I saw the opportunity for public health work and a chance to build relationships with the children and the surrounding community,” she said. “They became my family. I spent a lot of time in the village and got to know the residents on a personal level.”

The filter works by draining the water through layers of gravel and sand. Contaminants and pathogens are removed and the purified water is stored in a covered concrete box.

“There’s really no standard time on how long a filter lasts,” O’Connell said. “But there are studies in the Dominican Republic where some of these filters have worked for about 15 years.”

Currently, there are 14 filters in homes and two in Faith and Hope Home Care.

O’Connell and the students worked to train residents on how to use them and taught community health sessions in partnership with a local church. The team focused on topics such as sanitation and hygiene, with an emphasis on how dirty drinking water can lead to malnutrition, malaria, and other illnesses. 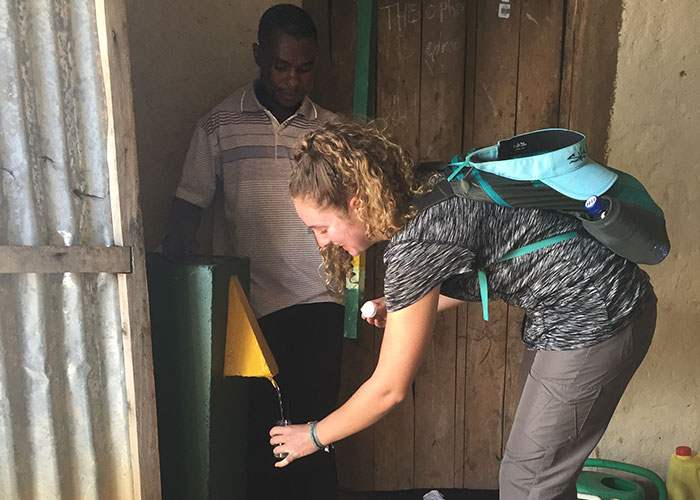 “It was clear that they wanted to learn and they wanted to be health conscious,” said Master of Public Health student Cali Anderson. “They asked about 20 to 30 questions in my session. It just shows you how interested they are in wanting to help themselves because they don’t have the resources to do that on their own.”

Anderson said they met a woman named Catherine whose family had received one of the filters.

“She was jumping for joy and her smile was so big,” she said. “It was so awesome to see that something so simple as clean water was everything to them.”

Anderson said it’s a blessing to be a student at Liberty where professors encourage students to seek out research opportunities that can make a lasting difference in the lives of people around the world. 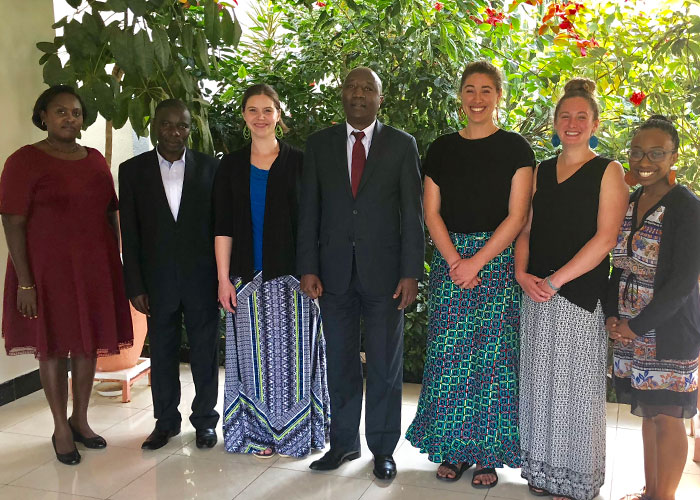 “Liberty’s professors and faculty are not only interested in their own research projects, but they want to support us, the students, in our research,” Anderson said. “It was exciting (with this project) to be part of Liberty’s push to become a more research-centered institution.”

While in Rwanda, the team helped foster relationships within Rwanda. They met with the executive secretary of Kinazi sector, the local Compassion International office, the Women’s Cooperative of Cyegera, University of Rwanda faculty member Theoneste Nkati, and Rwanda Prime Minister Edouard Ngirente and his wife, Sylvie Twagirayezu (a Liberty alumna).